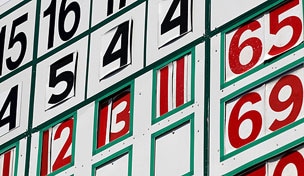 Getty Images
SILVIS, IL - JULY 11: Darron Stiles of the USA plays a shot from the fairway during the continuation of the second round of the John Deere Classic at TPC Deere Run held on July 11, 2009 in Silvis, Illinois. (Photo by Michael Cohen/Getty Images)  -

BETHESDA, Md. – Rory McIlroy’s victory at the U.S. Open set many records. Here is a list of his accomplishments:

– The 16 under total broke the 72-hole scoring record for most strokes under par. Tiger Woods (12 under) was the previous record-holder in 2000.

– With victories by McIlroy and Graeme McDowell, both from Northern Ireland, this is the first time there have been back-to-back international winners from the same country since Alec Ross and Fred McLeod in 1907-08. They were from Scotland.

– McIlroy is the third player from Northern Ireland to win a major. McDowell won the U.S. Open last year and Fred Daly won the 1947 British Open.

– McIlroy became the fourth player in U.S. Open history to shoot four rounds in the 60s. Billy Casper was the first in1966, then Lee Trevino followed in 1968 and Lee Janzen in 1993.

– Hit 62 of 72 greens in regulation; the most in a U.S. Open since the statistic has been tracked.