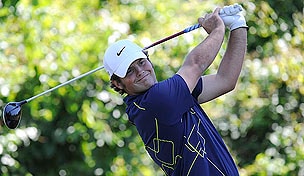 LAKE BUENA VISTA, Fla. – Patrick Reed will round out the field for the season-ending Children’s Miracle Network Hospitals Classic thanks to a last-minute sponsor exemption from tournament officials.

Reed was given the exemption that was initially awarded to Boo Weekley, who got into the tournament on his own status after 2009 Disney champion Stephen Ames withdrew.

Reed has Monday qualified for six Tour events this season earning $302,977 and is $158,000 away from cracking the top 150 in winnings and earning partial status in 2013 as well as an exemption to the final stage of Q-School next month in California.

The former Augusta State standout missed the cut in just one of the six events he qualified for this season and finished tied for 11th at the Frys.com Open on a sponsor exemption earlier in the Fall Series.

Duffy Waldorf, who won the 2000 Tour stop at Disney, Mike Weir and Joe Durant are the other sponsor exemptions for this week’s finale. 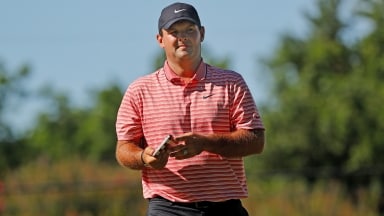 Currently No. 7 in the world, Patrick Reed certainly qualifies as a world-class player, but he’s never cracked the top five in his career.

Reed knows he better not find water at No. 17

So what happens when Patrick Reed reaches the par-3 17th at The Players Championship this week?

Will Gray and Nick Menta look back at Patrick Reed's Mexico win, his likely place on the U.S. Ryder Cup roster, and Bryson DeChambeau's apparent kinship with the controversial Captain America.