Report: Anchoring ban to be discussed at HSBC

Officials from the USGA and R&A will make presentations during the next two tournaments – this week’s WGC-HSBC Champions and next week’s Barclays Singapore Open – to discuss how a potential ban on long putters and the anchoring of clubs would be implemented, according to a report Saturday in The Telegraph. A similar seminar was held two weeks ago at the PGA Tour’s McGladrey Classic.

The Telegraph is reporting that players in the field for the WGC event will be briefed on the banning of anchoring clubs in advance of an announcement that will be made next month. As previously reported, the ban is expected to focus not on the club but rather the stroke – the anchoring of the putter against a part of the body.

Any potential rules change likely would wait until the end of the current rules cycle, which runs through December 2015. 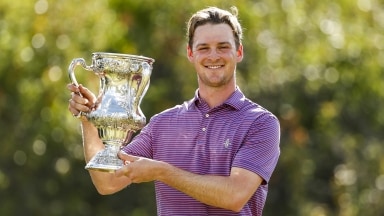