Reports: McIlroy to be hit with counter claim in court 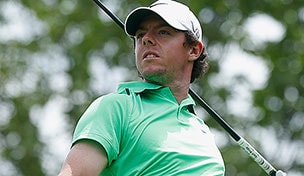 Rory McIlroy returns to competition this week in Korea, where it’s unlikely that he’ll be able to avoid the mounting off-the-course headlines.

Over the weekend an Irish newspaper reported – yet again – that the 24-year-old and his tennis-star girlfriend, Caroline Wozniacki, have split.

And now, on Monday, it was revealed in the Dublin High Court that McIlroy will be slapped with a counter claim in his ongoing legal case against his former management company.

McIlroy is seeking to terminate his five-year deal with Horizon Sports Management, and there appears to be a dispute over the fees charged by the agency. According to multiple published reports, including the BBC, McIlroy is trying to recover 7 million euros (or more than $9.5 million) in the case.

A trial date has been set for October 2014. The case could provide a fascinating insight into the value of contracts and how they are negotiated.

Dearbhail McDonald, the legal editor for the Irish Independent who is covering the case for the newspaper, wrote on Twitter on Monday: