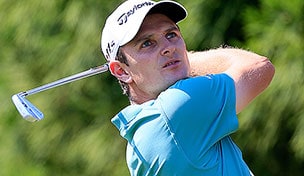 On Tuesday, in advance of the season-ending DP World Tour Championship, the 33-year-old Englishman was awarded an honorary lifetime membership on the European Tour to commemorate this year’s U.S. Open victory.

A similar gesture was made after Graeme McDowell (2010) and Rory McIlroy (2011) won their Open titles. In all, there are 47 lifetime members of the European Tour.

“It’s been a great journey,” said Rose, a six-time winner on the Euro circuit. “There are many, many fantastic players who have done so much for European golf who have received this honor, so it would be wonderful for me to be able to do the same.”