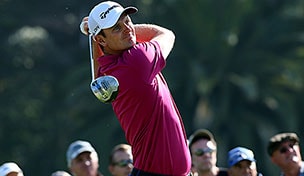 That, more than anything, was the story of the day for Rose, who shot a 1-under-par 70 Thursday at the Northern Trust Open in his first start of the 2014 season.

Rose birdied his first hole of the new year and went on to play without any setbacks after taking two months off to heal tendinitis in his right shoulder.

“That’s what this week was all about, playing pain free,” Rose said.

Rose, who broke through to win his first major at the U.S. Open last summer, is still a go for playing the WGC-Accenture Match Play Championship next week. Actually, he’s planning to play four tournaments in a row.

Rose, 33, originally hurt his shoulder last August, throwing a golf ball 60 or 70 yards to his caddie at The Barclays.