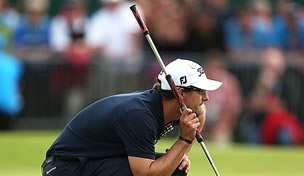 Apparently Adam Scott isn’t ready to discard the long putter just yet, telling reporters in Sydney on Wednesday that, “until I invent a better way to putt for myself, I’ll stick to the broomstick.”

The Australian, ranked seventh in the world, arrived at his home Open with a specially designed 40-inch putter and used the club during each of the first two practice rounds at Lake Golf Club. Though he used a claw grip with his bottom hand, Scott did not anchor the club to any part of his body, making it legal for play once the new rule is enacted on Jan. 1, 2016.

Scott, who has used the long putter for nearly two years, told reporters that he had ordered the 40-inch putter a while ago and was merely “experimenting for my own use.”

“I’ll probably putt with the long putter,” he continued. “The other one I was messing around with was my first go, and it is not quite what I want it to do. It is not quite set up right for me. I’ll have another go at another time if I feel I need to.”

Though there are a myriad of ways to conform to the proposed rule, Scott apparently studied the infographic published by the U.S. Golf Association, in which it stated that players still can use a long putter, so long as the top hand is away from the chest. “I’ll be making an honest stroke (that way),” Scott said. “It’ll look exactly the same … but I think there are better ways than that.”

Webb Simpson, another of the players seemingly most impacted by the proposed rule, said he has been practicing “50-50” with the conventional putter, but is not yet ready to use it in tournament play. Keegan Bradley, meanwhile, said he would likely continue to use the belly putter until the new rule is enacted.

“I have spent the last two years learning a skill with the broomstick putter, and that is what I am going to use this week, most likely,” Scott said. 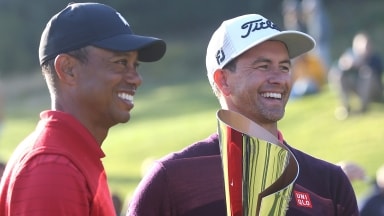 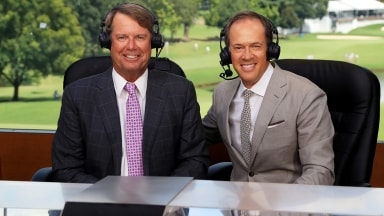 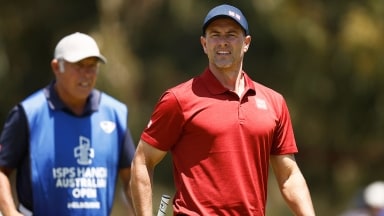