Slocum in control of FedEx Cup fate at Wyndham

The winner has yet to be determined at the weather-plagued Wyndham Championship, but at least one of the other subplots is beginning to crystalize at Sedgefield Country Club.

It appears Heath Slocum has the best chance to play his way into the season-ending FedEx Cup playoffs. After beginning the week No. 129 in the points race, Slocum is projected to finish 120th. The top 125 after the conclusion of play Monday qualify for next week’s playoff opener at Bethpage Black.

When play was suspended Sunday, Slocum was in a tie for ninth, at 11 under par. In the final round, he was 3 under through 13 holes.

If Slocum is able to maintain his position, then only No. 124 Jhonattan Vegas would be bounced out of the top 125. Vegas, who missed the cut in Greensboro after rounds of 71-70, is currently projected to finish 126th in points.

For now, Jason Bohn is the official bubble boy, projected to finish the regular season at No. 125 in points. Rod Pampling began Wyndham week in that precarious position, but shot rounds of 68-66-70-68 and is projected to move to No. 116 on the list. 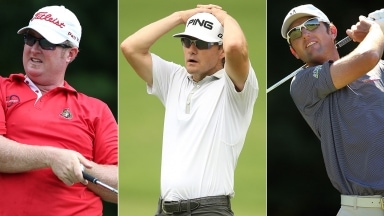 Camilo Villegas may have left with the trophy, but the real story that unfolded at the Wyndham was one of broken dreams. 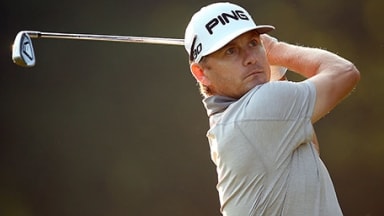 Heath Slocum needs a strong finish at the Wyndham Championship to earn a spot in the PGA Tour's postseason. 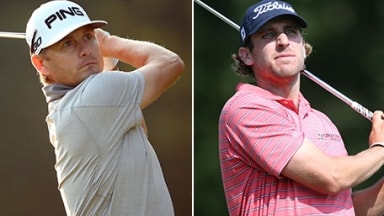 Heath Slocum and Andrew Loupe will both have added pressure this weekend at the Wyndham Championship.