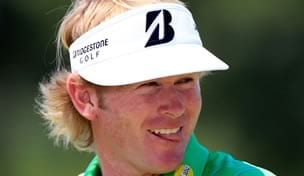 Getty Images
HUIXQUILUCAN, MEXICO - MARCH 20: Lorena Ochoa of Mexico watches as her birdie putt misses on the fourth green during the first round of the MasterCard Classic at the BosqueReal Country Club on March 20, 2009 in Huixquiucan, Mexico. (Photo by Scott Halleran/Getty Images)  -

Brandt Snedeker withdrew from this week’s WGC-HSBC Champions with an ailing right hip – the byproduct, he hoped, of the long flight to Malaysia for last week’s CIMB Asia Pacific Classic. On Tuesday the two-time PGA Tour winner underwent his second hip surgery in a year.

After consulting with Dr. Marc Philippon, Snedeker, 31, decided to have surgery on his labrum in Vail, Colo., and is expected to be able to return to competition in six to eight weeks.

“I am certainly disappointed I will not be able to fulfill some obligations I had ahead of me during the next few months,” said Snedeker, who was scheduled to play the Franklin Templeton Shootout and the Chevron World Challenge.

“However, I realize I needed to get this done now so that I can get back to competition for the 2012 season.”

Snedeker was replaced in the Shootout field by Bo Van Pelt.

Snedeker had surgery on his left hip last October and recovered in time to post his best season on Tour, finishing in the top 25 14 times and 14th on the season-ending money list.