South Koreans have plenty to celebrate this week 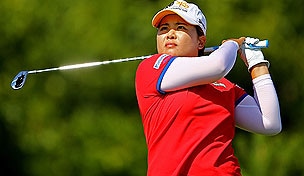 Getty Images
Todd Hamilton follows his shot on the 8th hole during the second round of the Bob Hope Chrysler Classic held at The Classic Club in Palm Desert, California on Thursday, January 19, 2006.Photo by Sam Greenwood/WireImage.com  -

South Koreans have a lot to celebrate with the LPGA making its lone annual tour stop in that country this week.

There are 35 South Koreans scheduled to tee it up in the field of 78 players at the LPGA KEB-HanaBank Championship at Sky 72 Golf Club’s Ocean Course in Incheon. The 54-hole event begins Friday.

Here’s what South Koreans have to celebrate:

• Inbee Park is the Rolex world No. 1, with a tour-best six LPGA titles this year, including three major championships, equaling Babe Zaharias (1950), Mickey Wright (1961) and Pat Bradley (1986) as most major triumphs in a season in women’s golf.

• Park is on the verge of becoming the first South Korean to win the Rolex Player of the Year award since its inception in 1966. Park also leads the LPGA money list for the second year.

• South Koreans have won nine LPGA titles this year among the 24 tournaments played. The United States has won five titles, second most this season.

• Five South Koreans rank among the top 10 on the LPGA money list this season. The United States is next with two.