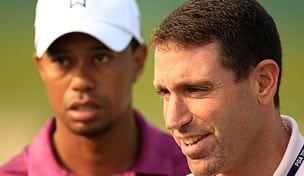 Mark Steinberg has joined Excel Sports Management and is bringing Tiger Woods with him as a client, Steinberg announced Monday.

Steinberg, who has represented Tiger Woods since 1999, left International Management Group in May. Woods, who had been with IMG since turning professional in 1996, announced two weeks later, in June, that he would leave the company and remain with Steinberg.

“After meeting with a number of agencies and businesses, I decided Excel was the perfect fit.” Steinberg said via press release.

Woods is not competing in this week’s Open Championship as he continues to recover from knee and Achilles’ injuries.