Stenson had a 'comeback' year, but won't receive award 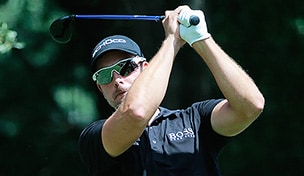 By any definition, Henrik Stenson’s climb from a professional swoon, during which he dropped to 230th in the world and finished 111th on last year’s FedEx Cup points list, to his second PGA Tour victory in three weeks at East Lake and the $10 million FedEx Cup is, by any measure, worthy of the Comeback Player of the Year Award.

Not that the Swede should expect another trophy in the mail.

In March 2012, the Tour’s policy board voted to do away with the Comeback Player of the Year Award and replaced it with a new recognition, the PGA Tour Courage Award.

“The waters got a little muddled when (Steve) Stricker won it in back-to-back years (2006-07),” said Paul Goydos, one of four player directors on the policy board. “We had to define what this award would be. We went more along the lines of courage and overcoming something that was difficult.”

The Comeback Player of the Year Award had not been issued since 2010, when Stuart Appleby won it, and the new trophy is geared toward a player who endured more than just a competitive slump.

“We made it for someone who overcame severe adversity, away from someone that is coming back from something that wasn’t career threatening,” said Andy Pazder, the Tour’s executive vice president and chief of operations.

“Erik Compton, what he has overcome, with all due respect to Henrik Stenson, is more worthy of that award,” Goydos said. “He’s been so successful and he’s such a good guy. You look at Erik you don’t see a guy on his third heart, you see a guy playing on the Tour.”

Ballots for the Player and Rookie of the Year awards went out on Monday and are due on Thursday. Pazder said if there is a Courage Award recipient the announcement would follow a similar time line.