Stenson rockets to No. 4 in OWGR; Spieth 21st 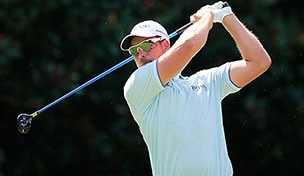 It’s safe to assume the comeback is complete.

Having plummeted to No. 230 in the world two years ago, Henrik Stenson capped the best stretch of golf in his life with a Tour Championship victory Sunday at East Lake. The win, his second this month, rocketed the Swede to No. 4 in the latest world rankings, his highest position since 2009, the year he won The Players.

This incredible stretch dates to the Scottish Open, when Stenson began a run of six top-3 finishes in his last eight worldwide starts.

Jordan Spieth’s 2013 rise was even more dramatic. Having begun 2013 with no status on any major tour, the 20-year-old will end his rookie season on the PGA Tour at No. 21 in the world. He ended last year at No. 809, then reeled off nine top 10s, including three runners-up and a victory at the John Deere Classic, and amassed nearly $4 million in earnings.

Other players who made notable moves at East Lake include Steve Stricker, who jumped from No. 9 to No. 7 after his T-2; Billy Horschel, who moved eight spots to No. 34 after his joint seventh in the season finale; and Roberto Castro, whose T-9 at the Tour Championship pushed the former Georgia Tech product from No. 74 to No. 66.

Here’s the top 10 in the world after the final event of the 2013 PGA Tour season: Tiger Woods, Adam Scott, Phil Mickelson, Stenson, Justin Rose, Rory McIlroy (from No. 4), Stricker (from No. 9), Matt Kuchar (from No. 7), Brandt Snedeker (from No. 8) and Jason Dufner.