Swinging Skirts not the right fit for 'shy' Tseng 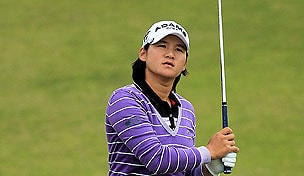 Getty Images
JEJU, SOUTH KOREA - APRIL 24: Thongchai Jaidee of Thailand reacts to his putt on the 14th hole during the second round of the Ballantine's Championship at Pinx Golf Club on April 24, 2009 in Jeju, South Korea. (Photo by Stuart Franklin/Getty Images)  -

World No. 1 Yani Tseng in a skirt?

She says she's too shy to play in one at this week’s Swinging Skirts Invitational in her Taiwanese homeland, according to the CNA news agency.

“I didn’t prepare any skirts because I’m too shy,” Tseng said. “I’m afraid I won’t do well with a skirt on.”

The LPGA season may be over, but world No. 1 Tseng and a select group of elite women’s professionals aren’t done competing in 2011.

The top five players in the Rolex Women’s World Golf Rankings are all scheduled to compete at the Swinging Skirts Invitational at Miramar Golf and Country Club in New Taipei City.

The Swinging Skirts Invitational is put on by a men’s and women’s amateur golf organization whose members compete in skirts or kilts. While the 80 women in this week’s event are being encouraged to wear skirts this week, Tseng was photographed playing the pro-am in shorts, telling local reporters she just couldn’t get herself to wear one.

The 54-hole stroke-play event begins Friday with a $500,000 purse and $166,666 first-place check at stake. Generous appearance fees were also part of the lure for the elite women. A $100,000 Skins Game featuring the winners of this year’s major championships (Lewis, Tseng, So Yeon Ryu) and 2010 U.S. Open winner Creamer is scheduled Thursday. Half the Skins Game winnings are designated to benefit local orphanages and charities.

Tseng reports her right knee is feeling “much better” since soreness plagued her in the final round of the CME Group Titleholders a little more than two weeks ago. 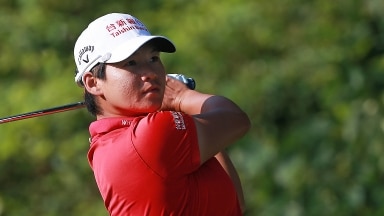 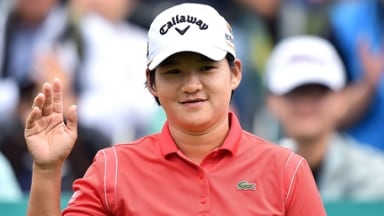