Tebow says he might run for office one day 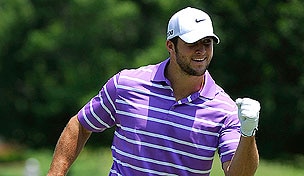 If being an NFL quarterback doesn’t work out for Denver Broncos signal caller Tim Tebow, then perhaps a career in politics may be the next best thing.

The former University of Florida Gator said on Feherty Live on Saturday night that he wouldn’t rule out running for office someday.

Feherty implored Tebow to consider elected service, saying, “Would you ever think of running for office, please? Because here’s the thing: We’ve got Romney and Gingrich here at the minute. And I don’t know what anybody else thinks, but they’re the sort of faces you never get tired of punching.”

Tebow responded by saying, “For me, it could be something in my future. It’s something I’ll have to think about and pray about. I have no idea right now, but possibly.”

Tebow certainly would not be the first NFL quarterback to successfully run for a political post. Buffalo Bills quarterback Jack Kemp served New York in Congress for nine terms, in addition to the running mate for Bob Dole in the 1996 presidential election.

Former University of Tennessee product and Washington Redskins quarterback Heath Shuler currently serves in the House of Representatives for the state of North Carolina. 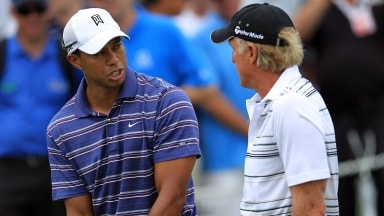