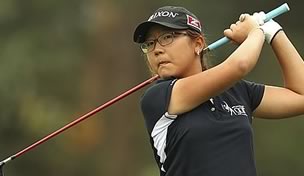 Days after Lydia Ko became the youngest player to ever win a professional golf tournament, the 14-year-old Kiwi is eyeing a start in an LPGA major this season.

Through her coach Guy Wilson, Ko asked the LPGA's Kraft Nabisco Championship to offer her an exemption into the California-based major. Ko would need to raise money to be able to make the journey from New Zealand.

'I asked for an exemption to play a couple of months ago, but haven't heard,' said Wilson, according to AFP. 'At this stage we couldn't afford to go but things can change.'