The lowdown on Everys putter 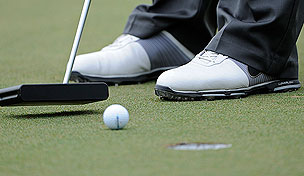 Getty Images
ATLANTA - SEPTEMBER 26: Vijay Singh of Fiji lines up a putt on the eighth hole during the second round of THE TOUR Championship presented by Coca-Cola, at East Lake Golf Club on September 26, 2008 in Atlanta, Georgia. This is the final event of the PGA TOUR Playoffs for the FedExCup. (Photo by Scott Halleran/Getty Images)  -

It was hard not to notice the brick of a putter that Matt Every wielded during the Sony Open.

The putter is called the Black Hawk, made by a small clubmaker, Orion Golf. The company makes another similar putter, the Black Swan. Six months ago, the clubs began appearing in about a dozen pro shops in Florida. They are sold only in shops where potential buyers can be custom fitted with their desired shaft, lie angle and grip.

The 440-gram putter is designed to guarantee the head will align with the intended target every time, even on a mis-hit. The company claims the sweet spot on the polished aluminum face of the putter is as wide as three golf balls.

After his third round on Saturday left him as the 54-hole co-leader, Every couldn't explain why the putter worked for him. He just knows it does.

“I wouldn't be doing the putter justice if I explained it to you. Like I know that it works for me,” he said. 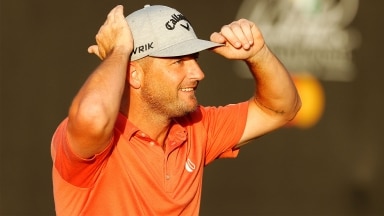