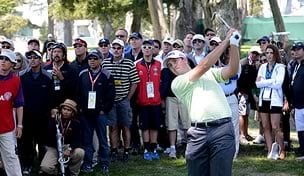 ST. SIMONS ISLAND, Ga. – A four-putt double bogey on the penultimate hole of his second round aside, Michael Thompson’s week at the McGladrey Classic has been a lot like his second year on the PGA Tour – a learning experience.

Thompson, who was tied for second place at 7 under after rounds of 65-68, made headlines in June when he stormed out to a first-round 66 and the early lead at the U.S. Open. Although he struggled on Friday and Saturday at The Olympic Club, a closing 67 lifted him into a tie for second place and a strange new world of Tour status.

His runner-up finish at the U.S. Open opened the door for spots in the British Open and PGA Championship and when his FedEx Cup playoff run ended with a missed cut at the Deutsche Bank Championship, his eighth start in 12 weeks, there was almost a sense of relief.

“It was a lot of learning. How much time do I really need off?” said Thompson, who finished third last year at Sea Island. “I’m a three-week-on, one-or-two-weeks-off guy with a limited amount of energy. Rest out here is just as important as practice.”

With Thompson safely inside the top 125 on the money list (No. 60), the McGladrey will be his 25th and final event of the season and he planned to make the most of his offseason.

“I’m really looking forward to two months off,” he said.

NBC Sports Group is set to kick off the 2014-15 PGA TOUR season tomorrow with exclusive coverage of nine tournaments through the balance of 2014. 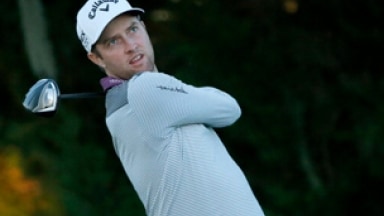 Chris Kirk had a chip-in birdie, another birdie from off the green and one long par save to take the lead Friday in the McGladrey Classic. 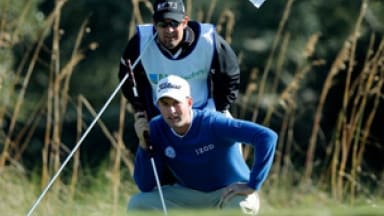 Scoring conditions were tougher on Friday thanks to strong winds, but several players were still able to go low in the second round of The McGladrey Classic.