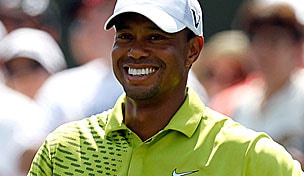 Tiger Woods said Wednesday that he’s talked with U.S. Ryder Cup captain Davis Love III about the four potential wild-card selections. That didn’t mean Woods was about to reveal any secrets on “Morning Drive,” however.

“I have, yes,” the 14-time major winner said when asked if he’s spoken with Love, who will make his four captain’s picks on Sept. 4. “Am I gonna divulge anything? No. That’s where it ends.”

“And I’m a chemistry guy, so Rickie (Fowler) is a positive choice, too.”

Begay added that the last spot on the team is “up for grabs,” with Hunter Mahan, Brandt Snedeker, Nick Watney and Dustin Johnson all under consideration.

“Whoever Captain Love picks,” Begay said, “there’s going to be a couple of guys disappointed.”