Top 10 most read stories on GolfChannel.com in 2011 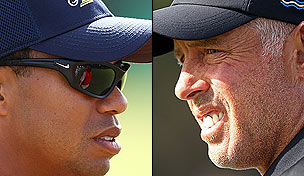 The best business strategy is the most simple: Give the consumer what he or she wants. You want to read triumphant tales about people overcoming obstacles? We can do that. You want straight news on tournament leaders? No problem. You want to get to know new players? Just fine by us.

But you don’t want those things – at least not the majority of you. You say you do, but you don’t. What you want is controversy – verbal spats, disqualifications, caddie carousals.

You’ve told us. It’s in the numbers. You want controversy. Controversy and Tiger Woods. Lots and lots of Tiger Woods.

Contrary to 50 percent of popular belief, we at GolfChannel.com are not pro-Tiger. And contrary to the other 50 percent, we are not anti-Tiger. We throw a bunch of different content at you over the course of a year, take a look at the feedback and then give you more of what you like.

GolfChannel.com writers love introducing little-known players and telling human-interest stories. This content will always be part of the website, but you've told us that it isn't what you want most.

Here are, in order, the top 10 news stories based on GolfChannel.com website traffic as read by you in 2011. Notice a thread running through each of these?

1. Feinstein: Much has changed since Thanksgiving 2009, but not Tiger

4. Hoggard: Demolished Down Under (Woods, Stricker crushed at Presidents Cup)

5. What a weenie: Fan throws hot dog at Tiger

10. Sobel: As the world turns (The Tiger Woods soap opera)