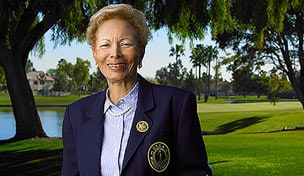 Barbara Douglas, the first minority to chair the USGA Women's Committee, died Jan. 27 from complications related to ovarian cancer. She was 69.

Douglas was diagnosed with Stage 4 ovarian cancer in March 2009, shortly after her appointment to the committee.

Douglas began her love for the game on public courses in New York, eventually entering the U.S. Women's Amateur Public Links. She qualified for the event several times.

Last year, Douglas was honored by the Golf Writers Association of America with the Ben Hogan Award, given to a person who has overcome a disability to continue in service to the game.

In 2011, Douglas was inducted into the National Black Golf Hall of Fame.