Getty Images
RICHMOND, TX - NOVEMBER 23: Lorena Ochoa of Mexico hits a bunker shot on the eighth hole during the final round of the LPGA Tour Championship presented by Rolex at the Houstonian Golf and Country Club on November 23, 2009 in Richmond, Texas. (Photo by Scott Halleran/Getty Images)  -

Defending Tournament of Champions winner Jonathan Byrd again holds the lead at Kapalua after Friday’s season-opening round. It might be a good sign not only for a repeat, but for another run to the FedEx Cup finale at East Lake.

In his career, Byrd has now held at least a share of the first round lead in five PGA Tour events. Before yesterday, the Clemson product had managed to emerge victorious just once – at this same event last year.

A repeat victory from Byrd would not be all that unexpected given recent streaks in the winners-only event.

Geoff Ogilvy won the Tournament of Champions in 2009 and ’10 before an injury on Hawaiian coral prevented him from winning for a third consecutive year. Fellow Aussie Stuart Appleby won from 2004-06, punching his ticket back to Kapalua out of the gate.

If Byrd were to repeat, he would also end a run of foreign-born dominance on Maui. His twin titles would mark the first time Americans had won the PGA Tour premiere since Tiger Woods and Jim Furyk won in 2000 and ’01, respectively.

More than that, a victory would almost ensure Byrd a crack at an even bigger pool of money at the end of the season. With the exception of Daniel Chopra in 2008, the Tournament of Champions winner has made their way to the Tour Championship. 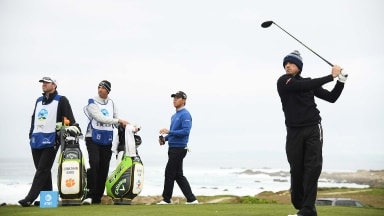 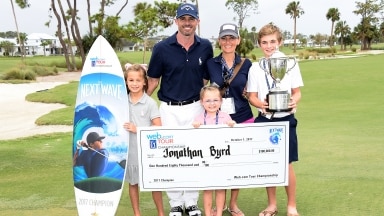