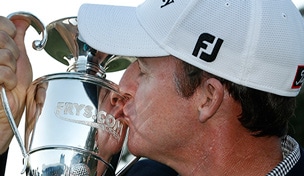 Beginning the day three shots off the pace, Jimmy Walker rallied with a 5-under 66 to claim the Frys.com Open after overnight leader Brooks Koepka struggled down the stretch. Here's how things ended up at CordeValle, where Walker claimed his first career PGA Tour title by two shots:

What it means: After 188 starts on the PGA Tour, Walker finally broke through Sunday and made it into the winner's circle for the first time in his career. Walker played the final 11 holes Sunday in 4 under, staving off last-minute challenges from both Koepka and Singh. One of the more consistent players on Tour for the past few years, Walker has now secured his playing privileges for at least the next two seasons and will be making his first trip to the Masters next April.

Round of the day: Sidelined since The Masters due to injury, Na fired a 7-under 64 for the second consecutive day to earn his first top-10 finish in more than a year. The 30-year-old birdied five of his first 10 holes to surge up the leaderboard, adding an eagle at the par-5 15th and a birdie on the 17th hole to card one of two 64s Sunday at CordeValle. The tie for third was Na's best result since his victory at the 2011 Shriners Hospitals for Children Open.

Best of the rest: A winner earlier this year at the Puerto Rico Open, Brown matched Na with a 64 Sunday to notch his first top-10 finish on Tour since his maiden win in March. Brown started somewhat slowly, 1 under through his first seven holes, but found his groove from there. Birdies at Nos. 8 and 9 were followed by four birdies across a six-hole stretch from Nos. 12-17. The finish allowed Brown to better his third-round score by seven shots and move into a tie for fourth, four shots behind Walker.

Biggest disappointment: Playing this week on a sponsor's exemption, Koepka appeared in control midway through Sunday's final round, growing his lead at one point to four shots over the field. The 23-year-old faltered down the stretch, though, with four bogeys across his final 10 holes. Standing on the penultimate tee trailing by two, Koepka saw his last chances for victory disappear along with his drive into the greenside pond at the driveable par-4 17th.

Quote of the day: 'I think it will sink in after awhile. I feel mostly a sense relief or release right now, but overall it feels pretty good. I'm excited.' - Walker 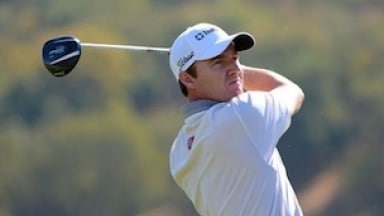 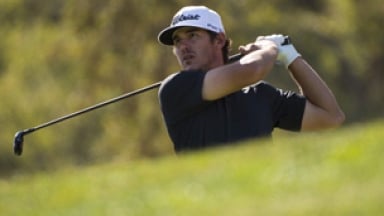 A winner three times in 2013 on the Challenge Tour, Brooks Koepka now finds himself out in front by one at the Frys.com Open. 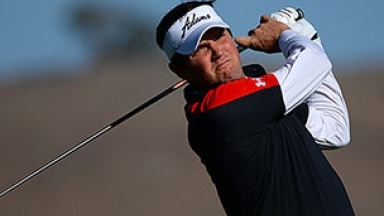 Jeff Overton began his 2013-14 PGA Tour season with a 64, and holds a one-shot lead at the Frys.com Open as a result.