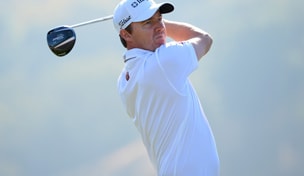 After 188 starts, Jimmy Walker is finally a PGA Tour winner.

Walker, who came from behind to win the Frys.com Open on Sunday, rose from 66th to 45th in the latest world rankings, released Monday. His previous-best ranking was 59th, after this year’s Players.

Walker ended last year at No. 120 in the world, but he had five top-10 finishes in 2013, including a T-2 at the Greenbrier, to steadily climb in the rankings.

Overseas, David Lynn closed with an 8-under 63 at the Portugal Masters to capture his first European Tour title in more than nine years. The Englishman jumped from 52nd to 34th in the rankings.

Even though Brooks Koepka couldn’t convert a 54-hole lead into victory, the former Florida State All-American still continued his meteoric rise in the OWGR, ascending from 100th to 81st after his T-3 at CordeValle. He ended last year at No. 436.