Was Tiger's week a success? 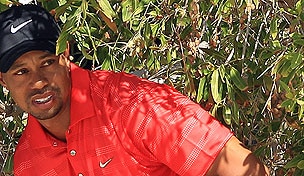 Tiger Woods opened his 2012 season at the Abu Dhabi HSBC Golf Championship and finished T-3 behind victor Robert Rock and Rory McIlroy (solo second). Woods co-led the event at the 54-hole mark, but shot an even-par 72 Sunday and failed to seal the deal. Woods may not have won in Abu Dhabi, but would you consider his week a success?