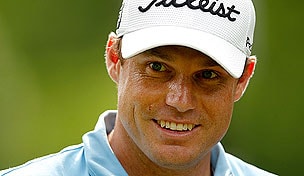 Nick Watney picked an ideal time to play his best tournament of the season.

Despite a sub-par season by his lofty standards, Watney closed out an impressive victory Sunday at The Barclays, potentially giving Davis Love III another player to consider as he prepares to announce his four Ryder Cup captain’s picks on Sept. 4.

“As far as my chances, I’m not really sure,” Watney said Tuesday on “Morning Drive.” “I know I’d love to be on the team, but up until one week ago, I had nothing to hope for because I hadn’t done anything on the course this year.”

In 2011, Watney won twice, finished third on the money list and ended the season ranked 12th in the world. In comparison, then, his 2012 season has been a major disappointment; prior to The Barclays, he had only three top-10 finishes and dropped to 35th in the world.

Watney did not attend the dinner at last month’s PGA Championship for prospective Ryder Cup players, which he believed was reserved for only the top 15 on the points list.

Still, the 32-year-old, who now has won five times on the PGA Tour, is among the leading contenders for a pick after his convincing performance at Bethpage Black that moved him up to No. 19 in the world ranking. Love will announce his selections next Tuesday.

Said Watney, “I need another good week (at the Deutsche Bank Championship) to show that this wasn’t just a flash in the pan.”

Indeed, the best advice may have come from swing coach Butch Harmon: “Win again and leave no doubt.”