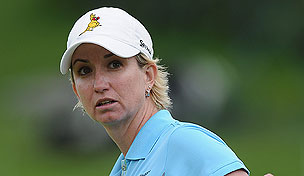 Karrie Webb might have a hand in the design of the course used to host Olympic golf in Rio de Janeiro in 2016. Webb has been added to the design team headed by Aussie legend Peter Thomson and Ross Perrett, the firm announced Wednesday.

They are one of eight groups selected as finalists by Rio 2016, the organizing committee of the Games, to win a $300,000 contract to develop the design.

Webb does have prior experience in course design, announcing her first design in 2003, but her role on the team is unclear.

The seven-time major winner is the third high-profile LPGA player to team with one of the finalists. Jack Nicklaus has teamed with Annika Sorenstam for a joint bid, while Greg Norman has paired with Lorena Ochoa.

The winner of the design contest is expected to be announced in early 2012.