Westwood lucky to still be OWGR No. 2 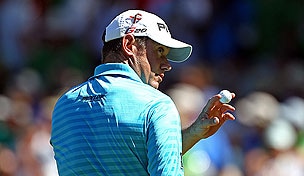 After winning the Thailand Golf Championship Sunday, Lee Westwood will end 2011 as the second-ranked player in the world.

Westwood was No. 1 this time a year ago, but ceded the top spot to Luke Donald in a playoff loss at the BMW PGA Championship in May. Westwood’s plight to remain in the second spot was no easy battle.

Westwood earned 298.87 points this year. Only Luke Donald and Rory McIlroy earned more. The problem for Westwood is that he lost more world ranking points than any player on the planet.

Dropping 360.99 points – slightly more than what the Ulsterman pulled in this year – meant that Westwood had to enjoy a great season to avoid a precipitous fall in the ranking. To lose just 62 points this year was a phenomenal achievement.

The world No. 2 can thank the Nedbank Golf Challenge for surpassing Rory McIlroy in rankings this week. Winning the very limited field event in each of the last two years, Westwood has netted 72 ranking points from the Sun City tournament. Without those wins to his credit right now, Westwood would be third.

Westwood has buoyed his world ranking thanks to a late-season money grab while Tiger Woods – the man Westwood passed on Halloween 2010 for the top ranking – needed his own Chevron World Challenge to keep his afloat.

Finishing second and first in Sherwood the last two years has allowed Woods into the top 25 as the calendar turns to 2012. Without those finishes, Woods would be No. 65.