What We Learned: From Abu Dhabi to Torrey 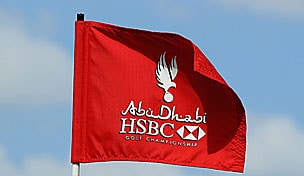 Getty Images
RIO GRANDE, PR - MARCH 13: Chris Riley waits to hit on the 14th hole during the second round of the 2009 Puerto Rico Open presented by Banco Popular on March 13, 2009 at the Trump International Golf Club in Rio Grande, Puerto Rico. (Photo by Mike Ehrmann/Getty Images)  -

Each week, the GolfChannel.com team offers up thoughts on 'what we learned' from the most recent big events. This week, the team reflects on Tiger's third-place finish at Abu Dhabi and Kyle Stanley's stunning collapse at Torrey Pines.

Tiger Woods may be getting some nice form back, but nobody’s going to give him tournaments anymore.

Robert Rock didn’t blink with Woods aside him Sunday at Abu Dhabi, even after Woods birdied two of his first three holes.

In days gone by, Woods' little starting burst might have been enough to shake and rattle his fellow competitors. Not anymore. There’s no longer this sense Woods won’t beat himself, that you have to do something extraordinary to beat him when he's got the lead on a Sunday. Woods will beat himself now, as most mortals will, but Woods so rarely did at the height of his powers.

Woods missed five consecutive greens on the front nine on Sunday, didn’t make a birdie on the back nine, hit just two fairways all day long. That’s beating yourself on a Sunday in contention.

None of this diminishes the fact that Woods is getting a lot more comfortable with his new swing, that his putting looks good again, that he’s definitely on an upward track again.

Woods will win again, soon, but nobody’s going to hand him that win. – Randall Mell

I learned that Robert Rock has the best hair in golf, Sergio Garcia can still ignite a crowd and Tiger Woods continues to make progress in his climb out of a two-year victory slump.

Also, that no matter how much you practice there's no way to prepare for Sunday pressure. Robert Rock, an admitted jittery sort, weathered a wayward drive at the last to win in Abu Dhabi, while Kyle Stanley never recovered from his misplayed approach at the 72nd hole in San Diego. – Rex Hoggard

I learned this week that closing a golf tournament isn’t as easy as it looks from the living-room couch.

At the Abu Dhabi Championship, Robert Rock stepped to the 18th tee with a lead, only to drive his ball into a hazard, from which he took a drop and salvaged bogey to win.

Kyle Stanley only wishes that would have been his result. The second-year PGA Tour player spun his third shot on the 72nd hole into the water at Torrey Pines, then three-putted to go from a three-shot advantage to a playoff. From there, he lost on the second extra hole after missing his par attempt.

It’s easy to watch on TV and scream, “Come on, all you have to do is …” but the truth is, it’s a difficult game that becomes so much harder when the pressure is on. The travails of Rock and – to a much greater extent – Stanley prove once again that playing the final hole with a lead is unlike playing any of the previous ones. – Jason Sobel

What I learned: Ulster golf is alive and well to start 2012.

Rory McIlroy was in the cauldron of the Abu Dhabi HSBC Golf Championship from the outset of the tournament and his blockbuster grouping with Luke Donald and Tiger Woods. Though he again is a runner-up in Abu Dhabi, McIlroy remains in the great form he has enjoyed since last summer.

While it may have taken a heck of a break to make an ace, Graeme McDowell overcame a cracked driver to finish tied for third. Then again, had that driver not cracked like Robert Rock didn't, maybe McDowell is champion. – Ryan Ballengee

I learned that getting up at 4 a.m. to watch live golf from Abu Dhabi is tough. I then learned that watching live golf around suppertime is much more convenient and enjoyable – even if Kyle Stanley almost made me choke on my chicken wings.

And I also learned that a play-safe attitude (Stanley's lay-up on 18 in regulation) can oftentimes lead to disaster. You see it all the time with coaching decisions in the NFL late in games. Smart play or not, Stanley's choice may have let an evil voice creep inside his head. – Golf Guy

Tour to players: No spouses, family at Farmers

Spouses and other family members will not be allowed on-site at next week’s Farmers Insurance Open “due to the COVID-19 regulations in San Diego County.”