What We Learned: Accenture Match Play

Each week, the GolfChannel.com team offers thoughts on 'what we learned' from the most recent events. This week, the team reflects on the WGC-Accenture Match Play Championship from the Ritz-Carlton Golf Club at Dove Mountain in Marana, Ariz.

Learned a few things this week: Hunter Mahan is a buzz saw when he turns it on; when Rory McIlroy does claim No. 1 in the world, he's not going to give it up for a long time; and Tiger Woods is further from winning than I presumed - his putting is horrible and I don't see a quick fix. – Mercer Baggs

I learned that Rory McIlroy wasn’t ready to become the No. 1-ranked player in the world. No, that will have to wait another week or two or three, because I also learned that the youngster’s ascension to the top of the Official World Golf Ranking is now an inevitability. McIlroy has made no secret about his dogged determination to become No. 1 and now it appears only a matter of time before the devious formula calculates in his favor and adds up to a new level of achievement. He said earlier in the week that ranking notwithstanding Tiger Woods is still the game’s best player. After winning five of six matches in the desert, Rory may not find too many peers who agree with that statement. He’s right about the “best” and the “top-ranked” not always being one and the same, but when McIlroy reaches that level soon, those terms may actually be synonymous. – Jason Sobel

American golf is cycling up again.

Though this marked the first time in history that no American was among the top four seeds at the Accenture Match Play Championship, Hunter Mahan’s victory makes U.S. players 9 for 9 trying to win PGA Tour events this year. American John Huh also won the Mayakoba Classic in a playoff. Four of the nine American winners are still in their 20s.

The imminent disappearance of Q-school as we know it will preclude a pair of this week's great success stories from happening in the future.

PGA Tour rookie John Huh plowed his way through Q-school, earning status almost immediately after turning pro. Five events into his career, he is a PGA Tour winner. When the reformed Q-school debuts, players like Huh will only be able to earn status on the Nationwide Tour.

In Arizona, Sang-Moon Bae got to the Elite Eight of the WGC-Accenture Match Play. His world ranking earned him the spot at Dove Mountain, but his T-11 at Q-school gifted U.S. golf fans the chance to watch him continue to flourish in this country.

By and large, the Q-school change makes sense. Then stories like these come along and make you say, 'Huh?' - Ryan Ballengee

That match play is infinitely more entertaining than stroke play but the professional game could never survive a steady diet of it. Without world No. 1 Luke Donald, Phil Mickelson and Tiger Woods around for the weekend officials enjoyed a best-case scenario with Rory McIlroy and Lee Westwood meeting in the semifinals and the first American winner since 2008. But you wouldn’t want to count on that kind of good fortune. - Rex Hoggard 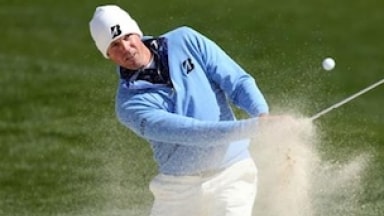 A brilliant fairway bunker shot helped Matt Kuchar capture the Accenture Match Play Championship. Do you know how to execute from a fairway bunker? 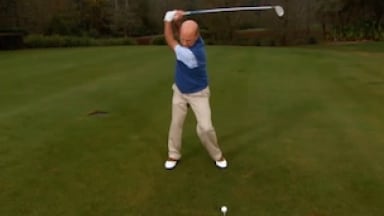 Larry Nelson won three majors by routinely finding the fairway off the tee, and he has a great tip to help you improve your driving accuracy. 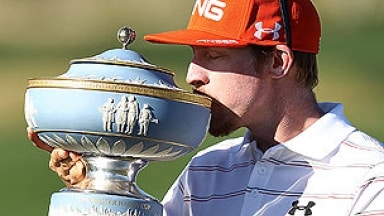