What We Learned: That a mustache goes a long way 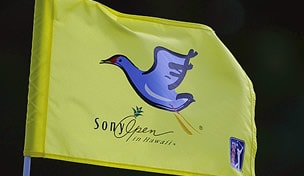 Each week, the GolfChannel.com team will offer up thoughts on 'what we learned' from the most recent PGA Tour event. This week, the team ponders the aftermath of Johnson Wagner's victory at the Sony Open in Hawaii.

I learned that if I’m ever going to get this struggling golf game of mine turned in the right direction, there’s only one thing that will serve as a quick fix.

“Fear the Beard” was replaced by “’Stache for Cash” on Sunday, as mustachioed Johnson Wagner became the most prominent man with lip fuzz in the Aloha State since Thomas Magnum.

Of course, I also learned that it pays to be opportunistic. Wagner now owns just nine career top-10 finishes, but three of them are victories. No reason to go incognito with a record like that. – Jason Sobel

I learned that Johnson Wagner's mustache simply frightens me. I hope it doesn't 'haunt me in my dreams.' – Golf Guy

That winning can make even the “BroStache” look good, although Johnson Wagner’s stylish effort at the Sony Open still leaves the three-time Tour winner second in golf’s mustache rankings behind Geoff Ogilvy.

That it’s neither juiced golf balls nor oversized driver heads that lead to low scores. After two record-setting weeks in Hawaii, seems it’s the Kona winds that are to blame for all those red numbers. – Rex Hoggard

Johnson Wagner isn’t who we thought he was.

The man behind the moustache is actually Montford Johnson Wagner.

OK, I probably should have known that, but I didn’t until Golf Channel’s Terry Gannon laid that out with Wagner marching on to the 18th green to close out his victory Sunday at the Sony Open. Given his confident putting stroke, given how his new swing changes are working, Wagner becomes a guy worthy of watching more closely the rest of the year. At 31, he has three PGA Tour titles now. In a golf era that seems wide open, Wagner has to be excited about what’s possible this year. A lot of guys like Wagner must see opportunities that didn’t seem to be there a few years ago. Ryder Cups, majors, World Golf Championship and FedEx Cup successes, they seem more within reach now. – Randall Mell

Movember is not just a month of the year. It's a state of mind. The oft-maligned piece of facial hair appears to have made a comeback on tour.

Johnson Wagner won for the third time on the PGA Tour at the Sony Open, but his first with a mustache. Maybe he's wearing it ironically. Maybe he lost a bet. Whatever the reason, he's going to stick with it for a little while.

Tee times were pushed forward two hours for Sunday's final round of the Sony Open in Hawaii.