Which player will win his first major in 2012? 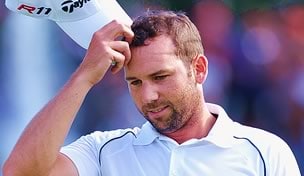 Who's the current best player to have never won a major? There's no shortage of candidates, as the current top 10 in the World Golf Ranking includes seven major-less players. Golfchannel.com's senior writers offer their predictions of which otherwise distinguished player will finally add a major to his resume in 2012.

Best Player To Have Never Won A Major. It’s a hell of a label, the ultimate backhanded compliment. It’s one part badge of honor, one part pang of regret.

Just ask Phil Mickelson. Dude wore that BPTHNWAM label for so long, he might as well have had it sewn into his underwear.

If there’s a saving grace for the current BPTHNWAM crew, it’s that there’s company in their misery. No longer does a single player wear that label; it’s now shared by the likes of Luke Donald, Lee Westwood, Adam Scott, Steve Stricker and Dustin Johnson, though in reality the first two on that list may own majority shares.

Instead, I’m going with another big name to be the first to win his first in 2012. I think this is finally the year for Sergio Garcia.

Just in the past year, the formerly petulant Garcia has matured not only emotionally, but technically, brandishing a putting stroke that now looks worthy of major championship hardware.

He’s right on the verge, too. Last year he made the cut in all four of ‘em and posted top-12 results in the final three. He has now been knocking on the door for more than a dozen years. That’s often seen as a sign of failure, but as Padraig Harrington so often attested after winning three major titles, getting that experience only enhances a player’s chances the next time he’s in that situation.

It’s certainly possible that Donald, Westwood or any of the five other non-major winners in the world’s current top 10 could win one this year. I’ll take Garcia, though – and with it, expect a jump into that top 10, too.

Some observers figure that Luke Donald, despite his current 24-month tear that has lifted him to No. 1 in the World Golf Ranking and money titles on both sides of the Atlantic Ocean, doesn’t have the game or the gumption to win a major championship. Some observers are wrong.

His critics point to his pedestrian record in Grand Slam events, 34 starts and just six top 10s, and a long game that is neither long, at least by professional standards, nor terribly straight. But if the last two years have taught us anything it is that bomb and gouge is overrated.

If Augusta National is the game’s ultimate putting contest, the other three majors are, at the least, a relay race with a short game anchor, and no one in golf is bobbing and weaving as well as Donald right now.

He finished 2011 first in the PGA Tour’s new strokes gained-putting category, eighth in scrambling and third in one-putt percentage.

Donald also has the experience to be this season’s major breakthrough performer. He had his best year in the majors in 2011 with top-10 finishes in both the PGA Championship and Masters, and he pulled to within one stroke of Tiger Woods at the ’06 PGA before going flat on the back nine.

Maybe Donald doesn’t scream “major champion,” but he is currently the game’s most complete player and the most likely to crack the Grand Slam ceiling this season.

There have been too many close calls in majors in a relatively short PGA Tour career, but this is the year the golf gods pay back Dustin Johnson with a major championship.

Truth is, there are numerous candidates that could be selected to get off the major schneid – Luke Donald, Nick Watney, Lee Westwood, K.J. Choi, Matt Kuchar, Steve Stricker and Adam Scott immediately come to mind. Jason Day, Hunter Mahan, Bubba Watson and Justin Rose could be thrown in there as well I suppose.

Johnson, however, has more talent than anyone in the aforementioned group. He has a lot of what it takes to win majors now, but needs to putt better in pressure moments and he needs to become mentally tougher when things get going sideways.

The stats from 2011 tell us what Johnson does and doesn’t do well. He was third on Tour in driving distance but 147th in driving accuracy. He was 27th in greens hit in regulation but was 171st in strokes gained putting, a stat no one understands but anyone can figure out that ranking No. 171 won’t cut it for a world-class player.

Johnson has five PGA Tour victories and four top-10 finishes in major championships in his four-year PGA Tour career. This is the year he’ll collect the one that counts most.