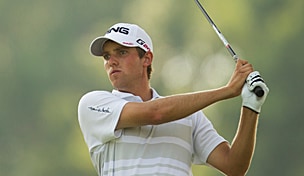 Though Chris Williams bowed out in the quarterfinals of last week’s U.S. Amateur, not all was lost: The Washington senior still finished as the No. 1 player in the 2012 World Amateur Golf Ranking, thereby clinching berths in next year’s U.S. Open and Open Championship.

“It’s a huge honor,” Williams said in a release Thursday. “My teammate Nick Taylor won it a few years back. I never dreamed I’d be winning it three years later. My friend Patrick Cantlay won it last year. I never thought I’d be in the same circle as those guys. It’s truly an honor. There’s tons and tons of good players, and to be on top of that ranking is something I definitely cherish.”

The McCormack Medal is awarded annually by the R&A and USGA to the player who finishes first in the WAGR following the European Amateur or U.S. Amateur (whichever finishes later).

Last month Williams, a first-team All-American during his junior year at Washington, added the Western Amateur title to his resume. He also won the NCAA Southwest Regional and Washington State Amateur, and went 3-1 in the Palmer Cup at Royal County Down. In 2011, he captured the Sahalee Players and Pacific Coast Amateur.