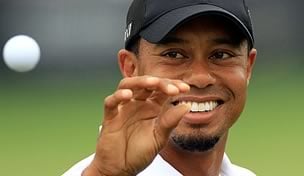 The tournament, played March 1-4 at PGA National in Palm Beach Gardens, Fla., is near Woods' home on Jupiter Island.

'I heard great things about the Honda Classic,” Woods said in a release. “Now that I live here I want to play whenever possible. (Jack Nicklaus’) involvement in the tournament and the benefits to the local community are also important.'

The Honda will be sandwiched between two World Golf Championships – next week's Accenture Match Play and the Cadillac Championship at Doral. Woods will play in all three as he prepares for the Masters.