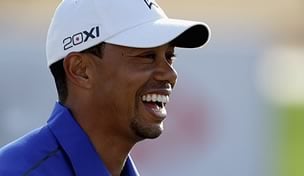 ABU DHABI, United Arab Emirates – Tiger Woods would move back into the top 10 of the Official World Golf Ranking with a victory today at the Abu Dhabi HSBC Golf Championship.

Woods, the co-leader after 54 holes, would earn 58 ranking points and vault over Jason Day for the No. 10 spot. Woods began the week at No. 25.

Rory McIlroy, third in the ranking, also has a chance to unseat world No. 2 Lee Westwood. The Ulsterman went into the final round tied for third place, while Westwood was tied for 27th.