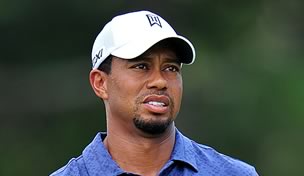 Tiger Woods is displeased with former swing coach Hank Haney and his decision to pen a book about his years with the 14-time major winner.

'I think it's unprofessional and very disappointing, especially because it's someone I worked with and trusted as a friend,” Woods said in an interview with ESPN.com.

'There have been other one-sided books about me, and I think people understand that this book is about money. I'm not going to waste my time reading it.'

Haney’s “The Big Miss” will be released on March 27. In an interview last week, Haney said he didn’t write the book to be a tell-all or to enhance his own reputation.

“I felt like I had a front-row seat to greatness. And I think that anyone that observes greatness wants to talk about it. It's not a tell-all book, or a takedown book, or whatever they might say,” Haney said.

He reiterated that in a tweet Thursday, in reaction to the Tiger interview: 'The Big Miss is golf history. I observed (greatness) and am asked about it all the time. I wanted to share it in a fair and honest way.'

Haney did not acknowledge, in last week's interview, if Woods knew the book would be written some day, but believes Woods is portrayed accurately.

“Other people have written books about him, but most people who have were just speculating to a great extent. None have been written where someone can say, ‘I was there and made these observations,’” he said. “I think if (Tiger) reads the book, he’ll feel it’s very fair and honest.”

Haney spent six years working with Woods – arguably the most intriguing span of Woods’ career – but ended the relationship in May 2010.

“There's no doubt the time I was with Tiger had the most drama to it, whether it was the scandal, or the U.S. Open, or the knee surgeries. I'm sure people are going to have a little different view of what I dealt with.'