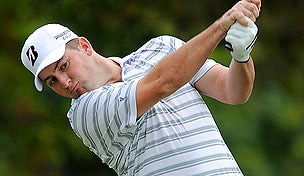 The year’s first full-field event has produced one of the most eclectic leaderboards in recent memory, with veteran Jeff Maggert and Matt Every tied for the lead and 16 players within four strokes of the lead.

• This is the first time Every has slept on a 54-hole lead in a Tour event. The second-year Tour player caused a stir on Friday when he said a suspension following his arrest on a charge of possession of marijuana in 2010 did little to change him.

“I still hang out with the same people,” he said following Round 2. “If one of my friends likes to smoke marijuana every now and then, I'm not going to say, well, you can't be my friend anymore. Honestly, man, I know more people who smoke marijuana than who don't smoke marijuana.”

• By contrast, this will be the 11th time Maggert will start a final round with at least a share of the lead and the 47-year-old is vying for his fourth Tour title. His Saturday 64 included his second eagle at No. 9, which he has played in 5 under.

• Steve Stricker, the highest-ranked player in the field and fresh off his victory last week at Kapalua, is four strokes back after his seventh consecutive sub-70 round of the season. A victory on Sunday in Hawaii would give Stricker multiple wins in a season for the fourth consecutive year. He would also become the only player other than Ernie Els (2003) to win the “Aloha Slam.”

• In his first event with a Tour card Erik Compton scrambled to make the cut, finishing birdie-eagle on Friday, and is currently tied for 64th.

• Sang-moon Bae and Ted Potter Jr. are vying to take low newcomer honors this week. Fifteen of this year’s 24 rookies are in the field and Bae and Potter are tied for eighth place at 8 under. 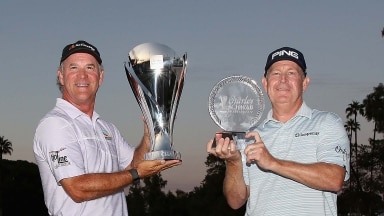 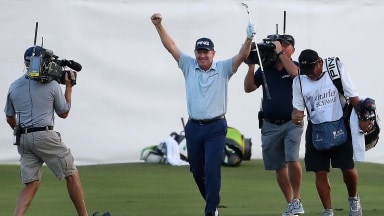