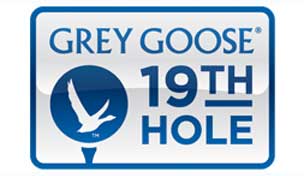 We have a lot going on tonight on the Goose with Jay Coffin making his debut this week, Tiger missing the cut with Lefty at the Greenbrier, and the US Women's Open. We'll bring you the best of from Blackwolf Run, including a resurgent Michelle Wie. Also up on Grey Goose, Tiger and Phil both struggle in West Virginia, we'll look back on their Friday.

Last night the cast talked about what key components would be included in the Slammin' Sam--a Sam Snead themed beer making its debut this week at the Greenbrier--and you guys were already buzzing about the brew on Twitter.

Mike Buteau ‏@MikeButeau
As other golfers focus on wine, Snead pulls the beer card. Dad would 'be real proud of Slammin’ Sam Beer, I can tell you that” - Jack Snead

And check out our hosts’ and analysts’ thoughts during the week: