Angela hits Sergio in stride on field at Superdome 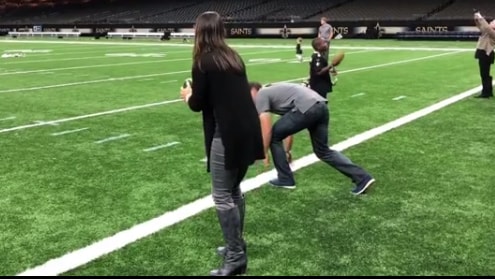 The couple started the year with Sergio's win at the Masters, then embarked on a whirlwind green jacket media tour, then kicked off El Clasico, then attended Wimbledon, then got married, then announced they were expecting their first child ...

And now, they're throwing each other passes on the New Orleans Saints' home turf at the Superdome.

A little fun on the field with my love @TheSergioGarcia after the Saints win today! What a catch! #GoSaints #hecaughtthepassandmyheart #thatthrowthough pic.twitter.com/R1NDGON5hU