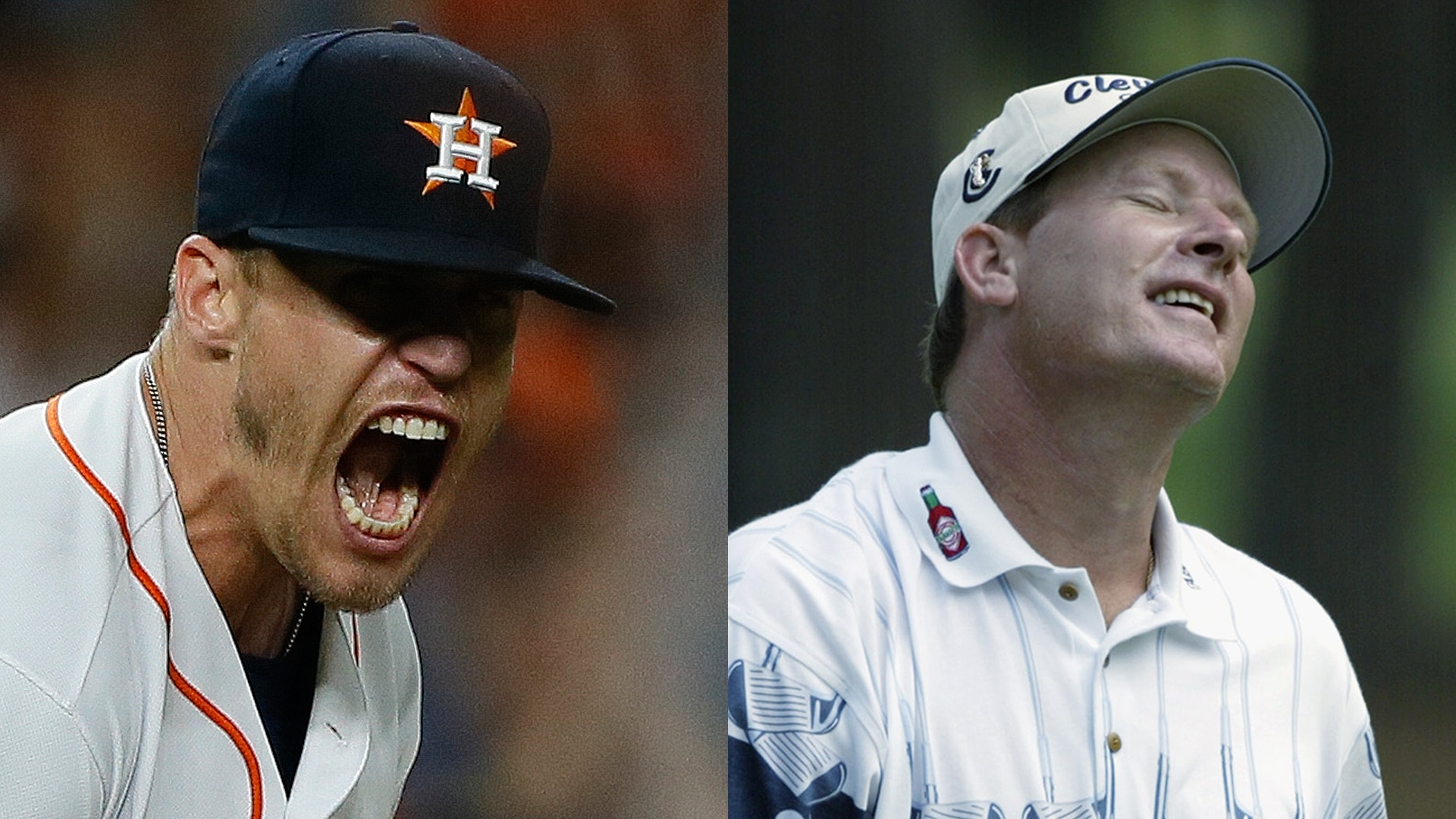 Things have been pretty sweet of late for the Houston Astros. They're the defending World Series champions and, as of this writing, leaders of the American League West Division standings. But not everything has come up roses for the Astros, and when they do suffer a rare case of epic fail, it's really frustrating.

Which leads us to relief pitcher Ken Giles. On Tuesday, in the ninth inning of a 0-0 game against the New York Yankees, Giles gave up a three-run homer to Gary Sanchez. After one more batter, Giles was pulled. Fuming as he trudged to the dugout, he punched himself in the face.

Gary Sanchez delivered the knockout punch, then Ken Giles delivered his own. pic.twitter.com/SP5MOqmPxt

This kind of self-abuse, of course, isn't limited to baseball. Plenty of golf fans reading that item would immediately respond with two words: Woody Austin.

The Wood-man, if you don't recall, whacked himself five times upside the head with the shaft of his putter at Hilton Head in 1997. Trivia: This was the first PGA Tour event after Tiger Woods' historic 12-shot win in the Masters.

Austin isn't the only player to turn a club on himself. Almost exactly two years ago, in the second round of the Wells Fargo Championship, Zac Blair hit himself in the head with his putter. He was subsequently disqualified, because he use the club for one more stroke, a tap-in, before noticing it had become bent.

.@z_blair was DQ'd during R2 @WellsFargoGolf for using a non-conforming club. @PGATOUR 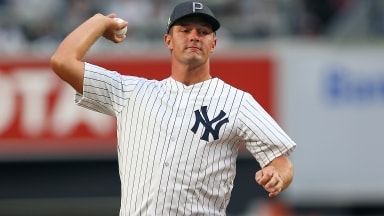 Fresh off cruising to a four-shot victory at The Northern Trust, Bryson Dechambeau got to throw out the first pitch at Yankee Stadium.