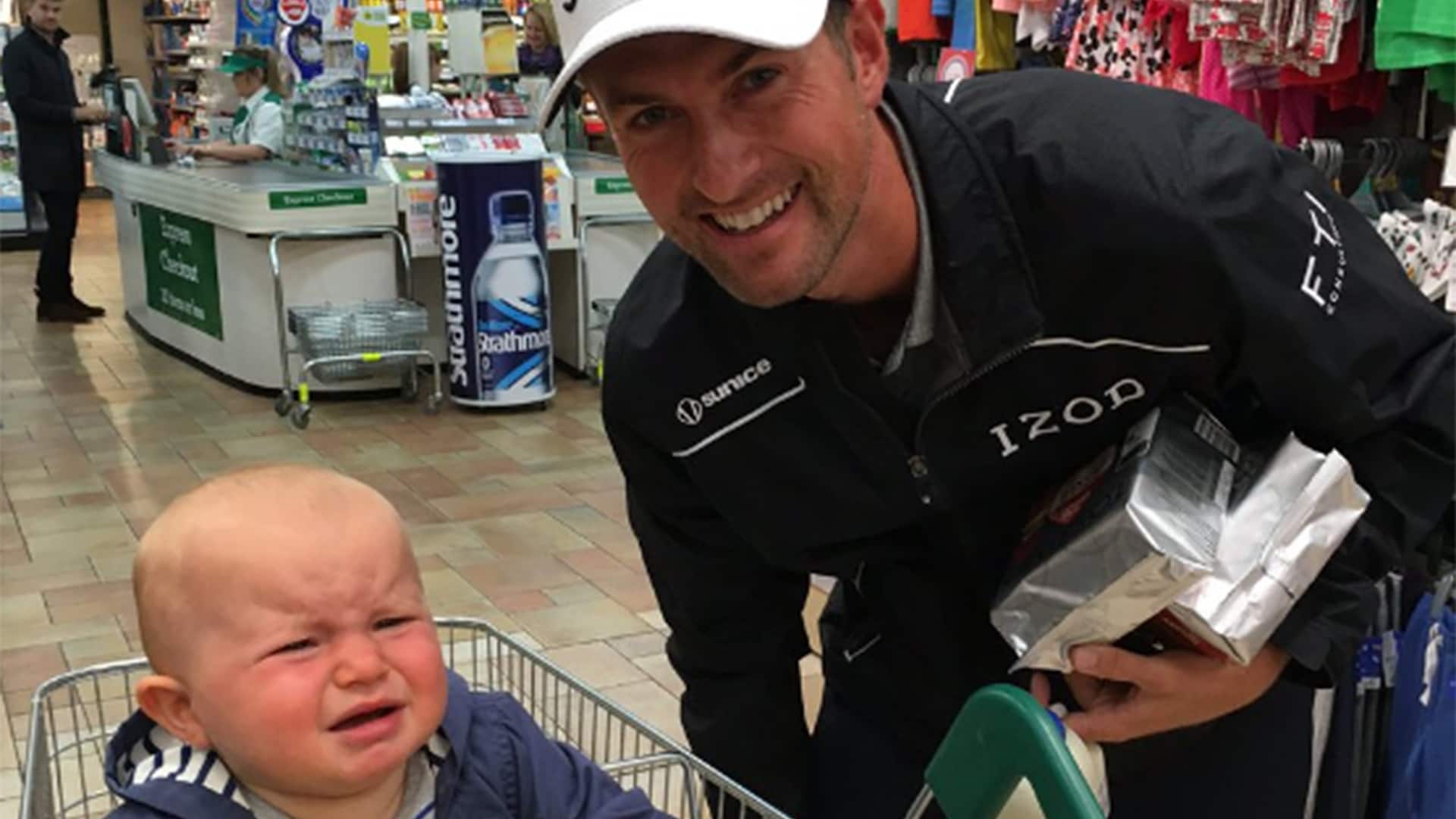 It's not exactly a cooing Jungle Bird, but Webb Simpson has once again been upstaged in a photo op at a major championship.

Simpson, the 2012 U.S. Open champion, was approached for a picture while shopping in Scotland earlier this week, and while it appears that he happily obliged, his partner didn't share the same enthusiasm.

Simpson was a good sport about the photo, retweeting it to his 184,000 followers, and sending a subtle jab at fan favorite and fellow U.S. Open champion Jordan Spieth, with the hashtag #ThisWouldNeverHappenToSpieth.

Always a pleasure to be able to brighten a young fan's day. #ThisWouldNeverHappenToSpieth https://t.co/30iurCg8VG