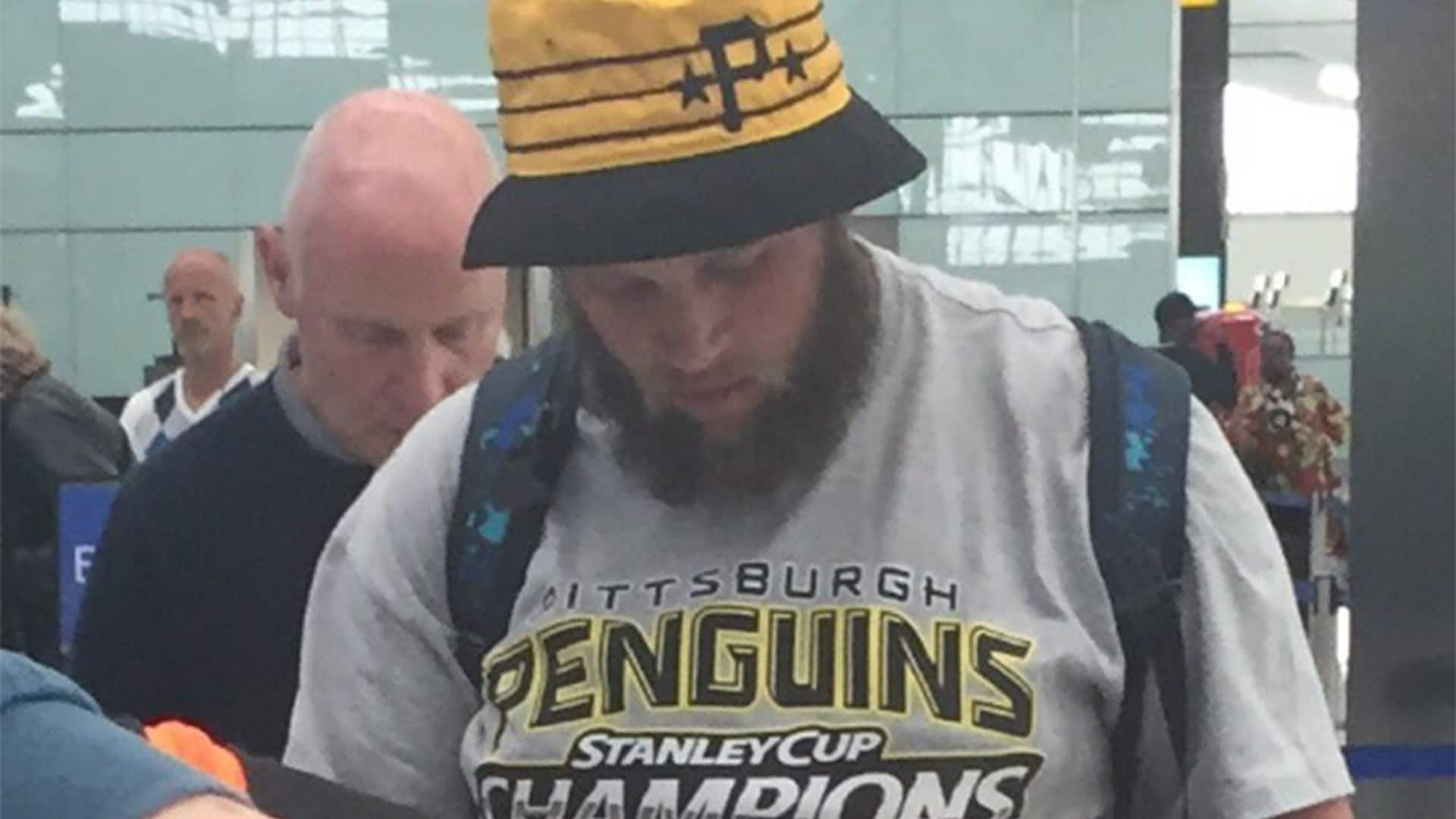 Johnston responded to this story with a picture of even more Pittsburgh gear.

"Beef" really is the gift that keeps on giving.

Not only did he make his first cut in a major championship, but he passed the time during Thursday's rain delay by face-swapping with fans and he spent his time away from the course stopping in for a giant platter of barbecued meats after asking for a restaurant tip from his 8,000 Twitter followers.

It also appears the Pittsburgh sports scene made quite the impression on "Beef," as he was spotted in the airport on his way out of town rocking a Pittsburgh Pirates bucket hat and a Stanley Cup champion Pittsburgh Penguins t-shirt.

If this is how Johnston treats every city he plays in, then I think I we can all agree we need more Beef in our lives.