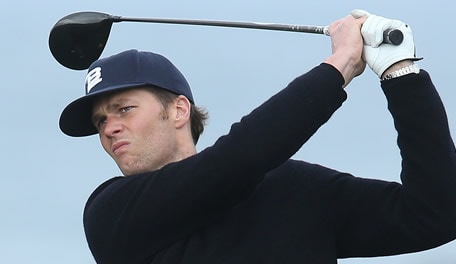 The Deflategate controversy is somehow still a thing, and New England Patriots quarterback Tom Brady has more at stake than just a four-game suspension. His membership at the ultra-exclusive The Country Club might be hanging in the balance, as well.

The latter is far more significant, of course, at least for our purposes. According to the Boston Globe, Brady and supermodel wife Gisele Bundchen have applied to be members at the club in Brookline, Mass., but it’s not a guarantee that they will be accepted because they’re too fabulous.

Well, and that now six-month-old story involving slightly deflated footballs. Club members, who value privacy and discretion above all, are worried about the media frenzy that has followed Brady.

A prominent Boston businessperson told the Globe: “I don’t know what they’ll do about Brady. The Country Club believes your name should appear in the newspaper just two times: When you’re born and when you die.”

Boy, this club really is old-timey. What the heck is a newspaper?

Anyway, Brady has a mansion “just an errant tee shot away” from the course, and from the sounds of it the club could use a power couple to liven things up – “The current demographic,” the Globe writes, “some say, feels decidedly octogenarian.”

Brady is a solid stick, and he has occasionally teed it up at the PGA Tour stop at Pebble Beach. In March, he played a match with Michael Jordan, Luke Donald and Keegan Bradley, and Bradley, a Patriots superfan, came away impressed.

But neither Brady's game nor his four Super Bowl rings will factor in the decision.

The Globe writes that “all of the applicants must be sponsored by two current club members and provide the admissions committee with testimonials from seven other people with whom the applicant has a personal – not business – relationship.”

The club, which will reportedly host the 2022 U.S. Open, didn’t admit its first Jewish member until the 1970s and its first woman until 1989.

As one member told the Globe: “It’s really about who you are. Do you have good values?”

Uh-oh, because Brady may or may not have deflated footballs. He better hope Roger Goodell isn’t also on The Country Club admissions committee.