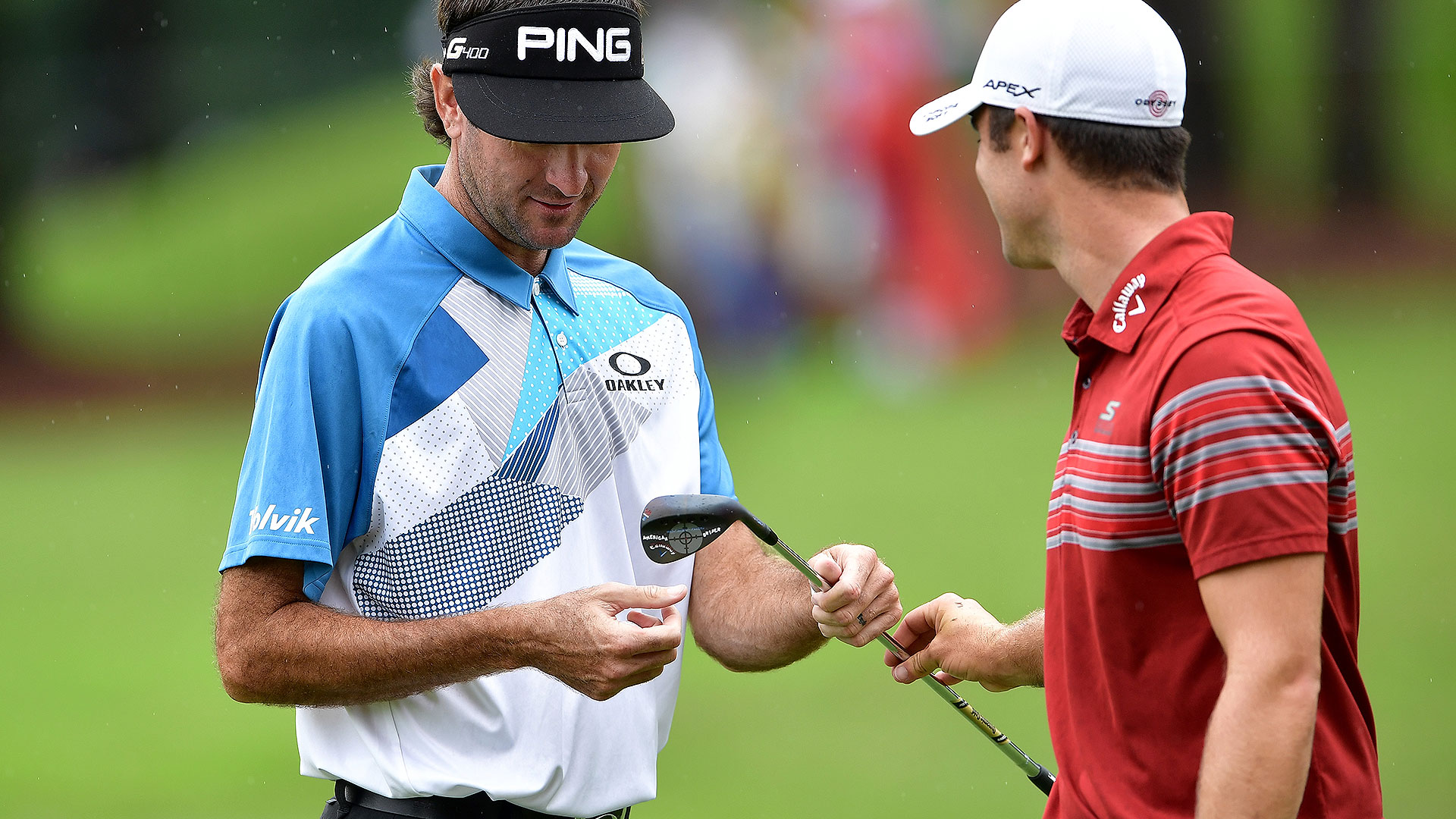 Bubba Watson has responded to losing the first round of this trick shot challenge with another long putt, this one through the legs:

We are in between lens changes at my photo shoot with @oakley... just enough time for another #flickofthewristchallenge @wesleybryangolf

Let's take a look at what Wesley Bryan thought of that one:

In the words of Omar Little ... you come at the king, you best not miss.

While he certainly wasn't referring to golf trick shots, the statement is strangely applicable to the challenge Bubba Watson laid out for Wesley Bryan on Tuesday.

Watson has two green jackets and has been one of the PGA Tour's biggest draws for years, but he's got nothing on the Bryan when it comes to trick shots. After all, this is one half of the Bryan Bros we're talking about here. These Bryan Bros.

So this #flickofthewristchallenge Watson put out on Instagram for Bryan is the very definition of a swing and a miss. A long, one-handed putt. That's cute.

So cute that it look less than a day for Bryan to one-up Watson with this juggling, flipping no-look putt thingy.

Not sure exactly what happened but it's impressive nonetheless.

Paired with the caption, "Don't poke the bear," and it's pretty clear who won this challenge.