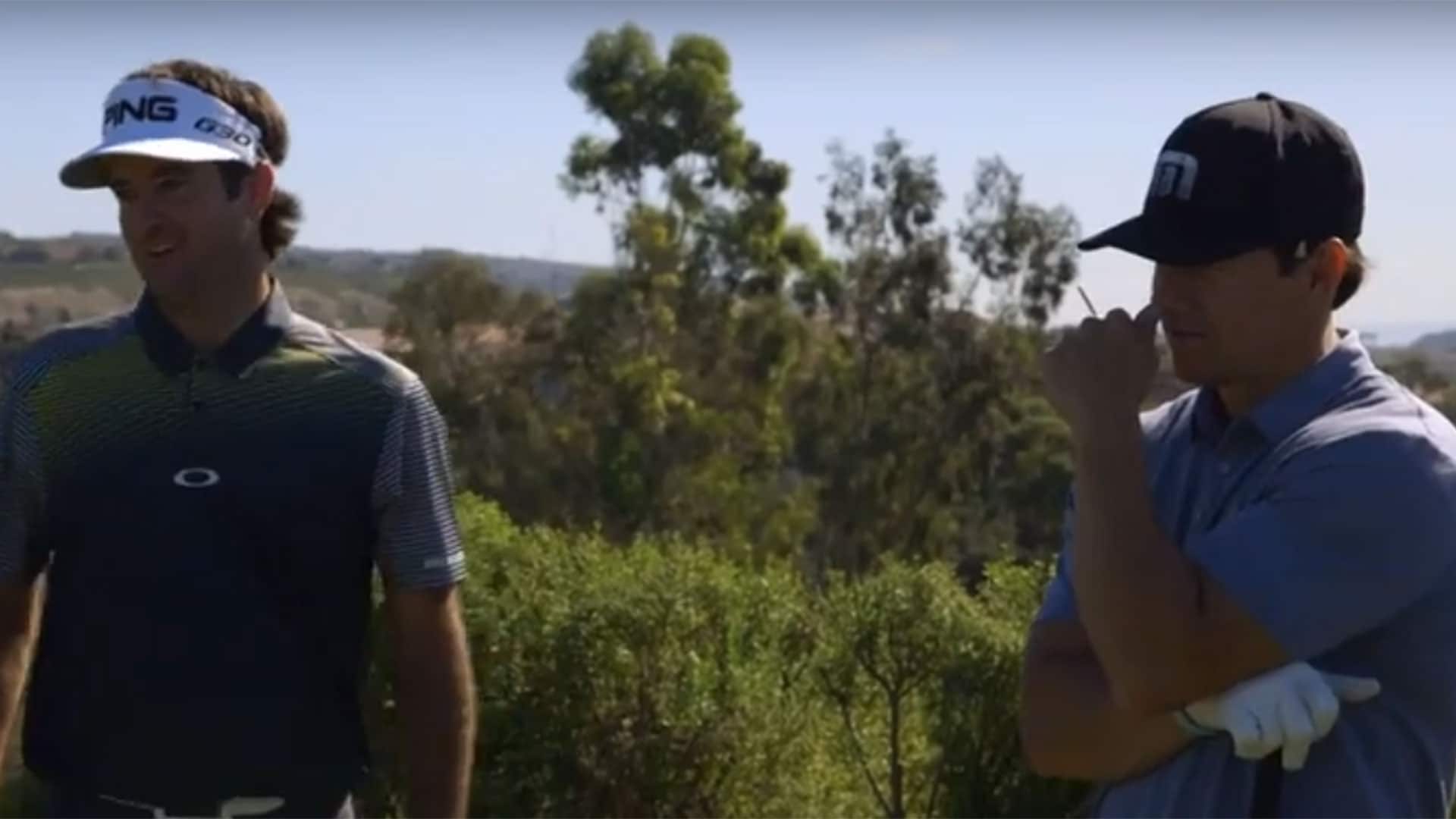 We know Bubba Watson and Mark Wahlberg are pretty good golfing buddies. They've teamed up at a number of celebrity events, most recently the AT&T Pebble Beach Pro-Am.

But we got a closer look at the duo's on-course relationship in this week's episode of Wahlburgers on A&E, the realtiy TV show focused on the restaurant owned by the actor and his brothers.

As you can see in the clip below, the round plays out much like countless matches between buddies around the world every day, with plenty of ribbing, story-telling and of course, figuring out the stakes (a measly $50,000 for charity).

About that bet ... Wahlberg and Bubba came to the final hole with the match still up in the air, so Marky Mark proposed something a little funky. He asked if one of his bunch, Big A, could play in the two-time Masters champ's place, and not knowing how bad Big A was at golf, Bubba agreed, only to find out he'd been hustled when the guy 14-putted from 20 feet.

As safe of a bet as that was, Wahlberg probably should've just challenged Bubba to a long-drive contest on 18. He would've won by forfeit.