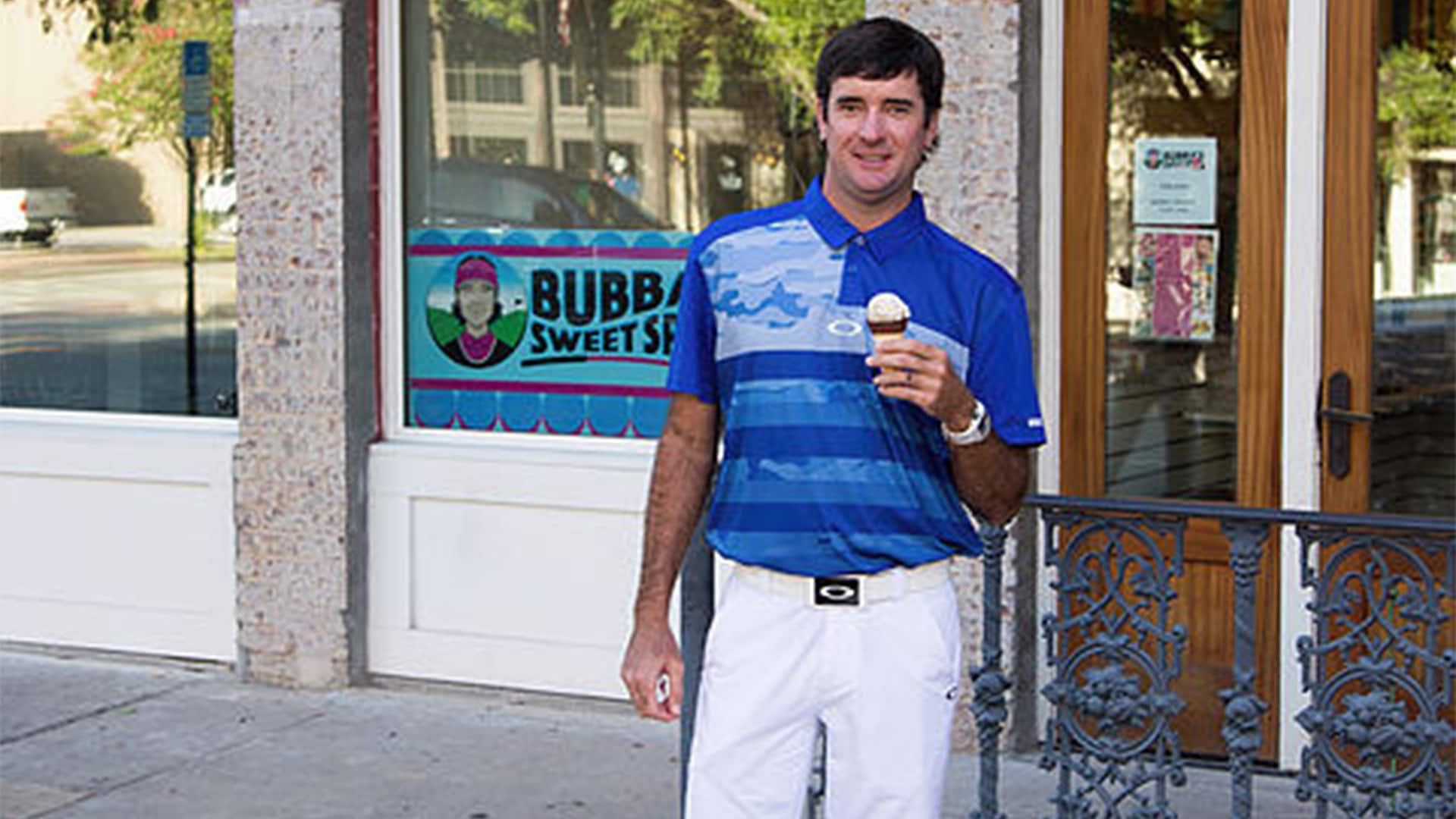 SPRINGFIELD, N.J. – Bubba Watson has been known to display some salty behavior on the golf course, from time to time, but on Tuesday at the PGA Championship, his talk was noticeably sweeter.

Watson took the oportunity in front of the media to tout his latest business venture, Bubba's Sweet Spot, which opened late last week in Pensacola, Fla.

The two-time Masters champ explained that with the recent flooding in West Virginia, he had been spending time at his Florida home in order to practice, and apparently, open a candy store.

"I left [The Greenbrier] because the courses weren't open. So I left to go back to my house in Florida. I've been there. Opened up a candy shop while I was there," said Bubba. "It's a candy shop: fudge, ice cream, candy, things like that."

When asked to elaborate on the decision, Watson eloquently followed up with a big "duh!"

"Who doesn't like candy and fudge and ice cream? So I'm spending the most money in there."

According to the company's website, the mission of Bubba's Sweet Spot is to "produce high quality products and deliver them with superior customer service ensuring a delightful and memorable experience for children and adults of all ages. We strive to make the world better one satisfied customer at a time."