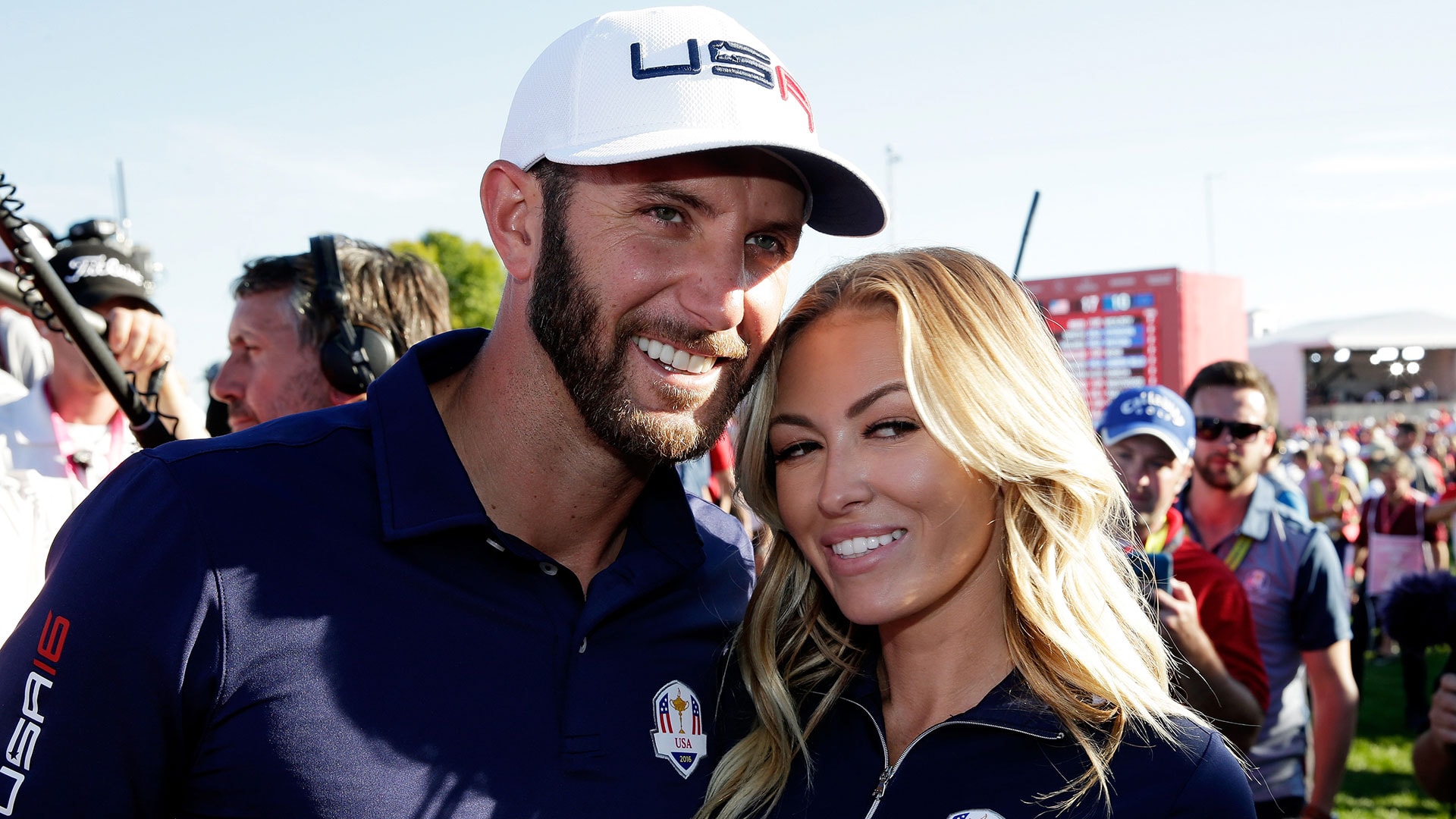 Dustin Johnson may be the No. 1 player in the world, but that apparently doesn't pull much weight when your fiancée is the queen of social media.

Johnson joined The Big Lead's podcast on Tuesday to discuss a wide variety of topics, touching on everything from sitting out the Masters after falling down a flight of stairs to breaking through with his first major at last year's U.S. Open to having his brother, Austin, caddie for him for the rest of his career.

But perhaps the most interesting subject was the one of social media, where Johnson and Paulina Gretzky, the PGA Tour power couple, have been know to make a headline, or two.

"Absolutely not," Johnson responded when asked if he has any input into Gretzky's posts. "She doesn't ask me! . . . Like I would know what would be good to post or not. I'm terrible with that."

"I ask her, though, if I can post something," Johnson added.

You can give the whole podcast a listen below, with the social media talk beginning around the 12-minute mark.

And check out the best social snapshots of DJ and Paulina here, or by clicking on the image below: