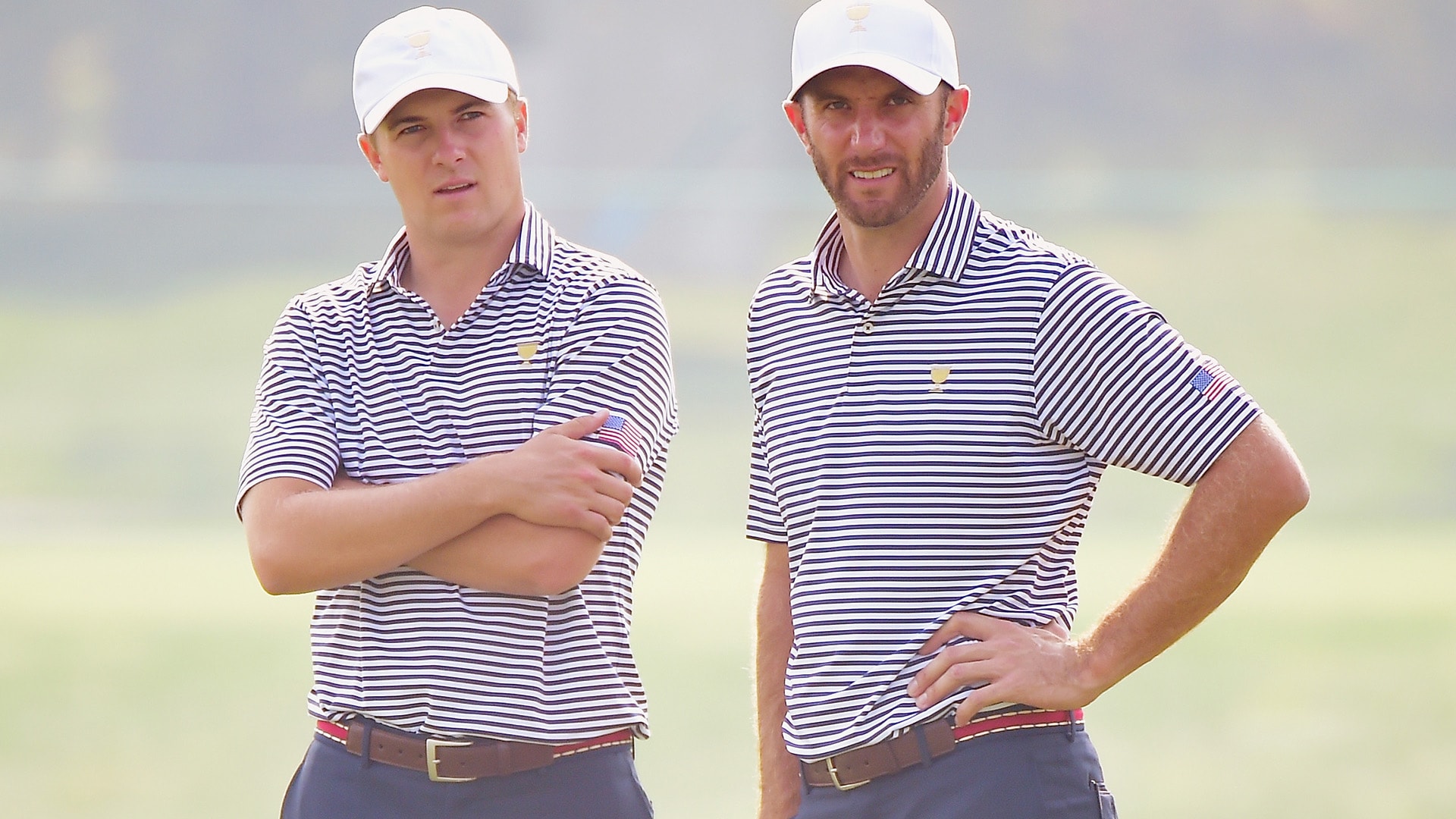 Dustin Johnson's son Tatum knows a good thing when he sees it.

On the practice putting green on Saturday at the AT&T Pebble Beach Pro-Am, Jordan Spieth was minding his own business, rolling some putts. That's when DJ's son stole the show ... and Spieth's putter.

The world's No. 1 player didn't seem to mind at the time, although we reckon he eventually took it back. No word on whether or not Tatum threw a tantrum when he had to give it back, although we wouldn't blame him if he did.