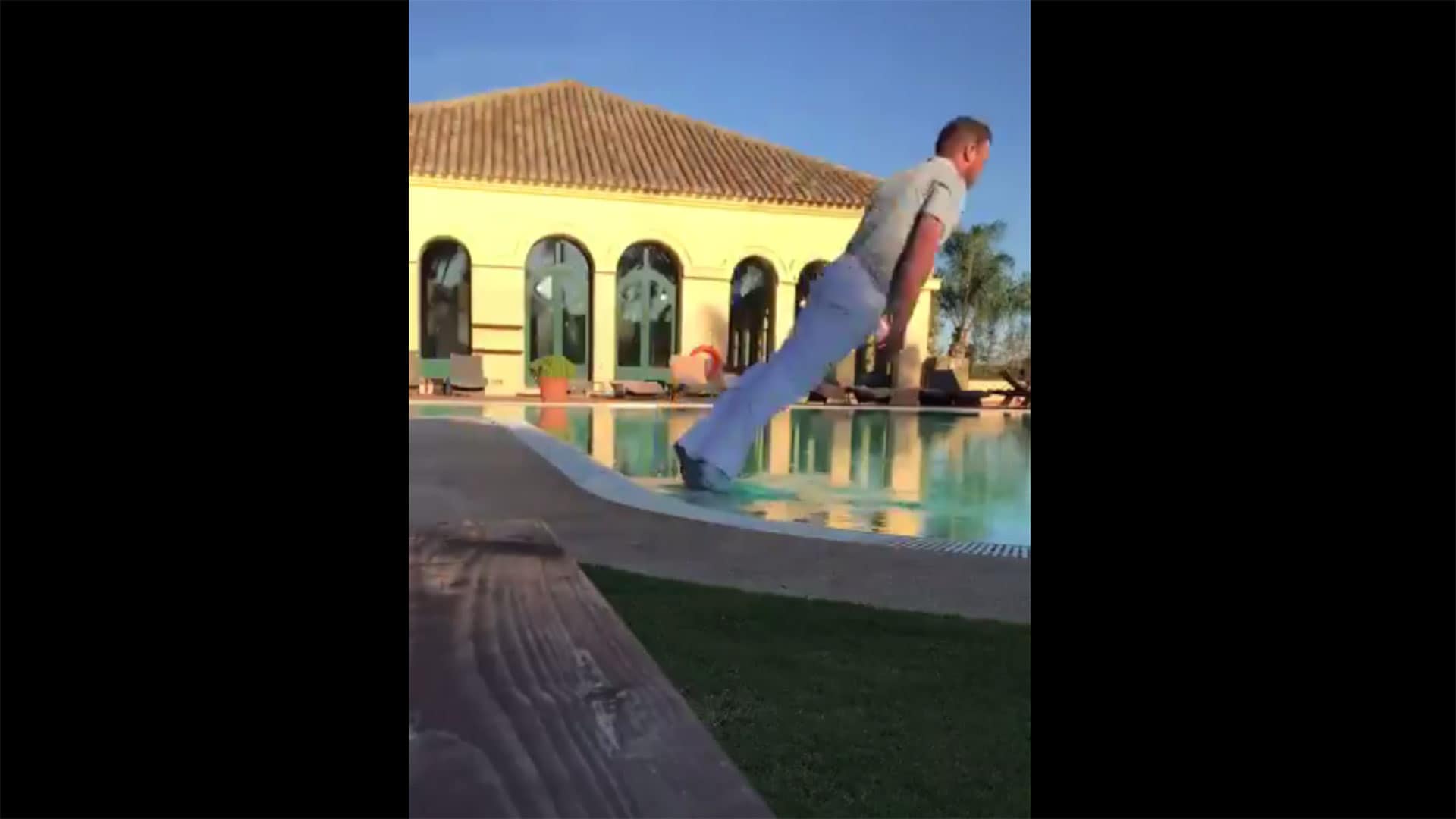 After a strong tournament result at just the right time, Jamie Donaldson decided to celebrate by heading straight to the pool.

After finishing 4th to keep yr card by a shot it’s time for a dip!@EuropeanTour #exausted#letsgethammered pic.twitter.com/I2EFP2FBHy

The Welshman was once ranked as high as No. 23 in the world and hit the decisive shot for Europe at the 2014 Ryder Cup, but he has struggled with injury and form in recent months. As a result, he came to this week's Andalucia Valderrama Masters with his playing privileges in jeopardy, at No. 118 in the Race to Dubai with only the top 100 at season's end retaining cards.

But Donaldson shot a third-round 64 to move into contention and then closed with an even-par 71 to finish alone in fourth place, seven shots behind winner Sergio Garcia. It was his first top-5 finish since the 2015 Thailand Golf Championship, and it turned out to be just enough, as he moved up to No. 99 with only the WGC-HSBC Champions and three Rolex Series events left on the schedule.

It means Donaldson will have full status in Europe in 2018, and it allowed him to let loose before promising to "get hammered."