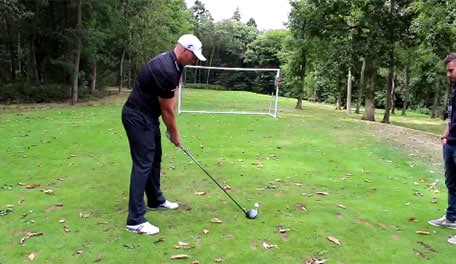 I'm not going to pretend to know what the "Crossbar Challenge" is, but after watching the clip below, I believe former Re/Max World Long Drive champion Joe Miller when he says that he won it.

Miller, who has smashed more watermelon than Gallagher in his prime, is used to hitting a golf ball through objects directly in front of him, but here he nails the crossbar of a small soccer goal from a good distance away, destroying the goal and ensuring that no one else can partake in this particular "Crossbar Challenge," thus winning. Because he wins.